Katz Digital Unit To Be Headed By Nokia Veteran 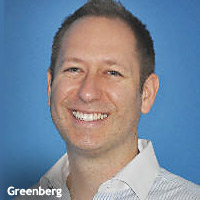 Greenberg has been global head of advertising sales for Nokia’s Location & Commerce Division, where he focused location-based ad targeting technologies across the globe.  He was responsible for the integration of Nokia's NAVTEQ/Traffic.com into broadcast and interactive platforms -- some 800 radio and TV station and more than 500 online and mobile sites.

Kevin Dorsey, president of Clear Channel National Media Groups, said in a release: “His industry knowledge will be crucial in creating user friendly and effective ad products by utilizing a blend of audience, behavioral, context and location data."