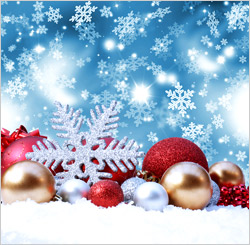 With a solid back-to-school season behind them, retailers are ramping up for the holiday period, and a new forecast from ShopperTrak is predicting a good one.

The Chicago-based company, which analyzes foot traffic as well as sales at leading malls, says it expects that U.S. retail foot traffic will climb 3.3% in November and December, with actual sales getting a 2.8% bump.

It expects apparel -- a perennially popular category for gifts -- to be especially strong, with sales rising 4% and foot traffic advancing 3.5%. Things won’t be so busy in the electronics aisle, however: It expects a steep 8% decline in foot traffic, but a 1.5% rise in sales. (In part, the company says that’s due to consumers increasingly buying electronics and appliances online.)

While November and December typically account for 20% of annual retail activity, this year’s calendar is providing stores with a number of lucky breaks including a 32-day stretch between Black Friday and Christmas -- the longest possible, with a few extra weekend days, as well. And Hanukkah falls 11 days earlier this year, which might goose sales earlier in the season.

The presidential election will likely factor in, it says, with consumers shopping less before the election (there was a decline of 6.3% in 2008), then headed back to stores once the ballots are counted.

ShopperTrak’s prediction, it points out, follows 34 (of the past 35) months of year-over-year U.S. retail sales growth, and is a far jollier prediction than last year, when foot traffic actually declined 2.2% from the prior year.

“Retailers have reason to be optimistic about this season. It’s clear that foot traffic is increasing, and month-over-month sales continue to be better than expected,” writes ShopperTrak founder Bill Martin. “Our shopper visit data tell us that consumers are visiting more stores than last year. This influx of traffic will present opportunities for retailers to convert these visitors into buyers, especially with the extended holiday shopping season.”