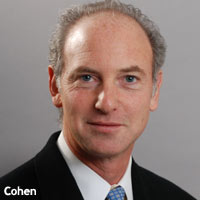 Most of the time, fashion and capitalism are a good match: Women need clothes, brands sell them, and everyone is happy. But when the need is making clothes for bigger-than-average women, it just doesn’t work that way. A new study from NPD Group reports that while two-thirds of women 13 and older describe themselves as “special sized” -- a statistic that dovetails nicely with the two-thirds of American women who are overweight -- mainstream retailers and brands continue to ignore them. Marshal Cohen, chief industry analyst, tells Marketing Daily why big women should continue to expect the cold shoulder.

Q: America’s obesity epidemic is old news. Why are marketers so slow to adapt to this change in consumers?

A:  One of the biggest concerns is image. A lot of brands and even the retailers look at the stigma of the plus size, and it’s not necessarily the image they want for their businesses. And stores were expanding in plus-size before the recession, but when the economy went sour, it was one of the first businesses to be cut back on. It’s a niche business, and not the most profitable one. So it’s first to be cut and last to come back. That creates an even greater vacuum in the market.

A: The plus-size business represents just 16% of all of women’s sales. But two-thirds of the population is overweight. Of course, not all of them are a plus-size, but let’s say just 50% are -- that shows how underserved this market is.

Q: Why the reluctance?

A: There is an emotional reason: many brands don’t want to be in that business. There is also a physical reason, in that they don't have the floor space. Technically, it’s a harder business to be in. It’s not as simple as taking a size 8 and making it bigger. You have to completely reinvest in a whole new set of patterns. Then in order to be profitable, you’re going to have to sell a lot. But I think the biggest reason for their reluctance is that they say, “I can get the growth in some other market.”

Q: What kind of fashion consumers are plus-size women?

A: It is a hard market to break into. You have to hit a home run right away. They are very loyal to brands that exist. Women that are plus-size are saying, “You haven’t been selling to me for years, what do you know?” When stores that had been getting aggressive about plus sizes cut back five years ago, it was like a tease -- they will remember that those stores backed out on them for the rest of their lives.

Q: Which brands have the best opportunity to win?

A: The better known a brand is, the easier it will be, because there is a trust factor. And these women are very clear that they want the same styles and brands and color as their regular-sized friends.

Q: Are we getting any closer to fashiony brands giving them what they want?

A: No. Until their business is so evolved there is nowhere else to expand, they won’t do it. They’d rather expand into kids’, into men’s, into accessories. It will take years of a continued, healthy economic retail environment to force them into it, and they will put it off as long as they can.

Q: What was the most unexpected element of this research to you?

A: I always knew the plus-size consumer wanted similar fashion to other women, but I didn’t realize the desire was that big, with 86% saying they want similar colors and 79% saying they want similar styles. We have all been led to believe she doesn’t want to wear bold flowers or colors or stripes, but she does. She doesn't want us to tell her what she wants, and those old-fashioned rules are getting thrown out of the window.