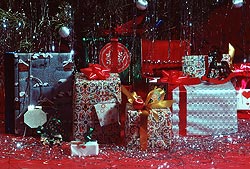 While it won’t be quite as jolly as it was last year, Deloitte is predicting a solid-enough holiday, with total sales expected to climb between 3.5% and 4%, reaching the $920 billion to $925 billion range. That compares with an actual 5.9% increase in November through January spending, somewhat higher than Deloitte’s prediction.

“When we looked at the last few years, we saw we had been somewhat pessimistic,” Alison Paul, vice chairman, Deloitte LLP and retail & distribution sector leader, tells Marketing Daily. “Consumers continue to be resilient, even more resilient than we expect them to be, and to ignore our best prognostications.”

Much rosier, however, are the gains the consulting firm anticipates in non-retail channels, with Deloitte forecasting a jump of between 15 and 17% in non-store sales, with three-quarters coming from online shopping, and the balance from catalogs and interactive TV.

But the real story, Paul says, lies in the ever-blossoming power of mobile: “The power of information lies in consumers’ hands, and we’re finding that while actual purchases over a mobile device may not be that important, the way phones influence purchases is.” Deloitte predicts smartphones may impact $36 billion, or 5.1%, of all sales this season. (And an earlier Deloitte study found that shoppers with smartphones are 14% more likely to buy something in a store than those who do not use smartphones in their research.) “The adoption of mobile and all things omni-channel is really allowing consumers to shop 24/7, and we are starting to see more retailers take advantage of that in very creative organized ways.”

All in all, Paul says she expects consumer spending to come in at the higher end of the firm’s forecast. “With 2008 notwithstanding, which was a kind of rock-your-world event, consumers are going to do what consumers do. Parents are going to shop for kids. Wives are going to shop for husbands. It doesn’t matter what the economy is doing or whether Europe is falling apart. This is our end-of-year reward, and it’s very American. We love to shop.”