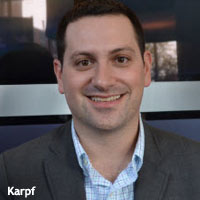 PepsiCo10, PepsiCo’s innovative incubator program for digital start-ups, has received a lot of attention -- most recently, for its announcement that the third year of the program will be based in Brazil.

As with the first two years -- the U.S. in 2010 and the U.K. in 2011 -- the Brazil program will identify 10 emerging technology start-ups to work with PepsiCo and partners in implementing pilot projects that engage consumers in new ways.

The first five, for pilots with Toddy, Doritos, Pepsi, H2OH! and Gatorade, will be chosen by December; the second five, for pilots with Toddynho, Quaker, Ruffles, Pepsi and Lipton, will be chosen by June 2013. Entrepreneurs and business students with products ready for business application are being encouraged to submit phase one applications through PepsiCo Brazil’s Facebook page through Oct. 27. Pilots will begin next year.

In Brazil, business sustainability -- along with entertainment, mobile and retail -- is among the submission categories for the reason that sustainability is a particularly critical communications objective in that market, he notes.

Karpf emphasizes the program’s importance in helping PepsiCo “see around corners” by having early involvement with potentially important technologies, as well as enabling PepsiCo to form relationships and partnerships with digital entrepreneurs that should be beneficial over the long term.

Not all of the pilots have panned out exactly as envisioned, but that’s obviously the nature of experimentation, says Karpf.

Here are some of the results and outcomes from the first two years’ programs, from Karpf and PepsiCo.