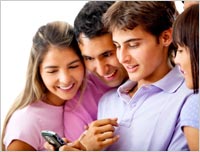 A new study by the Interactive Advertising Bureau reinforces prior research showing that the U.S. Hispanic market has a strong presence online and on mobile devices. The “Digital Hispanic Consumer” report indicates that Latinos have higher-than-average representation in areas like e-commerce and digital media and social media use.

The findings were based on an IAB analysis of a survey of 25,000 U.S. consumers (including the Hispanic population) conducted by research firm BIGInsight, compared with a sample of 4,325 U.S. Hispanics. The survey was fielded in both Spanish and English between April 24 and June 11, 2012.

Based on the results, the top five online activities for Hispanics include:

“Hispanic consumers are living their lives on the go and lean on their mobile devices accordingly,” said Pam Goodfellow, consumer insights director at BIGinsight. “Brand leaders would be well-served to recognize the economic power of the Hispanic community and harness their appetite for goods, services and online content -- especially via mobile devices.”

The most popular mobile activities among Hispanics were text messaging (56%), viewing email (42%) and taking a picture or video (39%). When it comes to watching video, via mobile or otherwise, Latinos also demonstrated higher rates of adoption:

Likewise, Nielsen research released in April showed that Hispanics were more likely than their white and African-American counterparts to watch Netflix on their computers, but on par with Asians.

The IAB report found that Hispanics more broadly are optimistic as consumers, with just over half being confident about the economy compared to one-third of Americans generally. With that outlook, they are also more likely than average to make the following purchases in the next six months:

The report also suggested that language plays an important role in the media Latinos use. Hispanic participants in the survey were bilingual, English-dominant, with 75% speaking English more than half of the time at home. But more than half (54%) said that they consistently engage with Spanish-language media.

The top Spanish-language sites visited regularly were Univision (20%), Telemundo.com (14%), Yahoo en espanol (10%), and MSN Latino, CNNespanol.com and Latina.com, each at 7%.