Ford Focus Gets Big Placement In New 'Need for Speed' 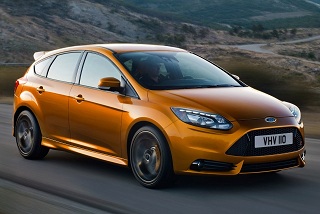 EA game "Need For Speed Most Wanted" is out, and Ford’s Focus ST has a big part. The automaker has a new TV broadcast trailer featuring Focus ST that touts the game.

The Ford Focus ST which is, in fact, the most prominent vehicle in the game, also had a role in in Forza 4, as part of a licensing effort with Microsoft and in Forza Horizons this year.

“Having our vehicles in games gives consumers the first chance to drive and experience our vehicles before they go off to a dealership,” said Brian McClary, Ford Social & Emerging Media Analyst.

McClary says the idea is to give people a chance to virtually drive the vehicle and then check it out in real life. He adds that the ROI is strong. "Most recently, for our EA integration, we saw a 36% increase in brand rating, and a 28% increase in purchase intent," he says. "But it has been a much more upper-funnel activity, especially in ST world. We want to put it back on people’s radar to compete with VW and Subaru."

McClary says also that the value of game placement exceeds the perceptual limitations of a platform that appeals to kids and doesn't do justice to the product. "People of all ages are spending more time in alternative channels, not just TV, radio and print. On Xbox, for example, 60% of the time people are consuming content."

Ford recently did a similar program for Mustang, called the Mustang Customizer, which has also just launched on Xbox, that lets people create the ideal Mustang using Kinect and voice command. McClary says that will be the original portion of the program "We have had over 1.4 million vehicles customized."

Essentially, programs like Ford's Focus ST integration on the EA driving game involves both the marketing and licensing divisions at Ford, with licensing smoothing the way for a marketing structure around product integration. What made it easy is Ford's long relationship with EA starting in the late 1990's around "Need for Speed."

The new TV spot touting both the game and Focus ST is enjoying a sizeable media buy on platforms like Monday Night Football, with a two-minute version online. "The new 'Need for Speed' game is out today, but we have had discussions since February or March, so there's a long lead time. The reviews are positive so far."

automotive, gaming, tv
1 comment about "Ford Focus Gets Big Placement In New 'Need for Speed' ".
Check to receive email when comments are posted.
Next story loading