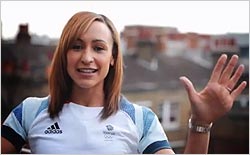 The author of Sponsorship Today's analysis on the sector, Simon Rines, said that the Union of European Football Associations (UEFA), FIFA and the International Olympic Committee (IOC) account for half of all federation sponsorship income. Similarly, soccer federations such as UEFA, FIFA, AFC (Asia), Conmebol (South America) and CAF (Africa) also account for 50% of global federation sponsorship income, per the study. Other rights holders are in motorsport, tennis, athletics and cricket, but there are also a lot of sports that don't have mass media coverage and thus struggle to attract major brands.

The report also questions the long-term viability of the IOC Olympic Partners program.

Rines said that while the Olympic Partners program has done a lot for the sponsorship industry and set the tone for how sponsorship deals should be done, "we now have a situation where some domestic Olympic sponsors are paying more for their rights than those with global sponsorship status." For example, the Rio 2016 Games offers national deals at $300 million, while official Olympic Partner deals are $100 million over four years worldwide. So they also get rights for the Winter and Summer Games. "It's difficult to see this model continuing," said Rines.

But the biggest spender is Adidas, per the study, which says the sports shoe and apparel company makes an annual investment of $106 million, which is four times more than Nike. Coca-Cola, Visa and McDonald's, which round out the top five.

The problem for partnership deals is that they carry such hefty price tags that sponsors may look for less comprehensive deals. "The fact that annual rights to major properties are now well in excess of $20 million means that sponsors really are looking for value," said Rines. "If they feel that they can achieve this through personal endorsements or other links to sport, then they might consider cutting back on major federation deals."