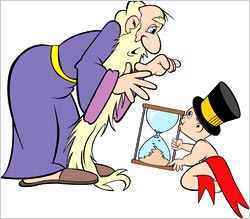 Purging the old and locking in the new, Google this week sold the Motorola Home's TV business to Arris Group for $2.35 billion in a cash-and-stock deal. The deal will close in Q2 2013, pending regulatory approvals.

Motorola Home last year generated revenue of about $3.4 billion. The sale of the Motorola TV business gives Google more cash in its coffer, while Arris gets a global presence of more than 500 million customers in 70 countries, nearly tripling its pro forma combined revenue to $4.7 billion.

The Home business, part of the Motorola Mobility purchase for about $12.5 billion, was not the purpose for Google. The company wanted the more than 17,000 patents to support a thriving mobile business.

The sale of unwanted technology and markets will no doubt give Google the means to build and buy as management sees fit. Aside from the sale of Motorola Home, Google launched a scan and match feature for Google Music, giving considerable competition to Amazon's Cloud Player service and Apple's iTunes Match.

In a Google+ post on the Google Play page, the team tells us that the new music match feature gets songs into online music libraries on Google Play much faster. The technology scans the user's music library collection and rebuilds it in the cloud, streaming the music back at up to 320 kbps. The tool launched in the U.S., following the European launch last month.

While Google offers the service for free, Apple and Amazon charge for their respective services. The Google+ ripples tool shows that of 247 shares about the Google Music post, about 138 are public. The longest chain counts five shares.

Google also embedded the ability to see inside businesses from search engine result queries on google.com. The 360-degree tour shot by "Google Trusted Photographers," who charge businesses to take them, publish the virtual tours on Google Maps.