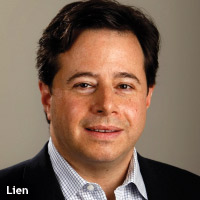 Marin Software will go through an IPO in 2013, Chris Lien, founder and CEO of Marin Software, told MediaPost, but declined to disclose the underwriter.

While Marin has been gearing up through a variety of compliance through Sarbanes-Oxley reporting principals, don't expect an IPO in the first quarter. The company has not publicly filed a S1 form, something required about three months prior.

Before a company can go public, it must have the systems and controls in place to operate as a public company and have the predictability of financial performance. That's to ensure the stock performs well, with the ability to hit its financial plans.

The 2012 year started strong, but ended with the second-slowest November and December IPO market since the dot-com bubble. The U.S. IPO market was modestly more active in 2012, with 128 deals -- up 2% from last year, according to Renaissance Capital.

The investment firm said 13 Internet IPOs raised an average of $90 million, excluding Facebook, representing 43% fewer deals than in 2011. Facebook's mismanaged offering in May deterred potential Internet companies leaving work to do in 2013.

Since being founded in April 2006, Marin has raised a little more than $100 million. About 450 employees support operations worldwide in 11 offices.

In 2013, Marin will focus on something Lien describes as the next generation of digital advertising management supported through cloud-based advertising and data to help marketers drive better revenue as the percentage of ad spend on mobile rises.

The move toward segmentation on mobile, based on operating systems and devices, will require sophisticated tools to bring it all together. Click-through behavior and space on screens differ widely. Lien believes some of the challenges marketers will face in 2013 point to the role social will play in multichannel marketing program. He expects massive innovation in paid search as product and image listing change.

"From talking with the folks at Bing and Google, the idea that innovation is over couldn't be farther from the truth," Lien said. "In 2013, you'll see new ad placements and types. It's often forgotten that the most likely used ad unit on mobile is search, and I think you'll see more things there based on location."