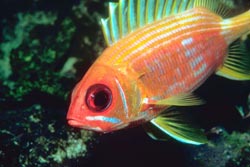 It’s not just dogs and cats who rule the roost. American pet owners live in the company of 116 million fish, birds, small animals and reptiles, according to a report from market research firm Packaged Facts.

While research into the human-animal bond tends to focus on the special relationship between people and dogs that has evolved over thousands of years, today’s pet owners do not limit their connection with animals to dogs or cats alone. A wide range of other animals have found their way into the households and affections of pet lovers, according to “Pet Population and Pet Owner Trends in the U.S.”

These pet owners represent big business for the pet industry. They groom and board their birds, buy toys for their iguanas, purchase medications for their turtles, take their gerbils to the vet and light and decorate their fish tanks. Food is bought for all of the tens of millions of pets that are owned in addition to cats and dogs.

The spending power of owners of pets other than cats and dogs has a significant impact on the bottom line of marketers and retailers of pet products and services, said David Sprinkle, the research director for Packaged Facts.

After a noticeable recessionary slump, ownership of fish, birds and small animals is on the rebound. Marketers can take advantage of an improving market by leveraging the connection that consumers have with their pets, Sprinkle says.