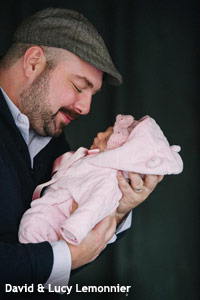 Awesome -- now I can find all the inane things my friends are riffing about on Facebook with the real-time speed of a state-of-the-art search algorithm. Not. Put aside all the immediate second-day reactions to Facebook’s “Graph Search,” especially from agency pundits and industry analysts who justifiably see it as a new source of search advertising impressions, and potentially, brand conversions. That may or may not prove to be the case. What I’d like you to search for is the answer to this question: Who cares? Or an even more important question: Why should anyone care?

Yeah, I know, Facebook is big and getting bigger fast, and increasingly is accounting for more of the time people spend -- and more importantly, the information they post and share -- on the Web. But you see, that’s the problem, and an internal Facebook search engine, if you ask me, is NOT the solution. In fact, I would argue, it’s going to be more of a problem. Or at the very least, an unneeded distraction from what people -- consumers and brand and agency people alike -- really need: You know, relevance. And therein lies the real problem: Most of the information available through Facebook isn’t really that relevant to most of us -- and the stuff that is relevant is mainly stuff that’s been picked up and redistributed from other online sources. Facebook is just a place to share it. It is NOT the place to go to contextualize it. Here’s why.

Let me start off by citing a stat that comes from Facebook itself. Last year, the social network estimated that in 2003, the Internet was adding one petabyte of new information each year. And by 2012, it was adding one petabyte every two or three days. The problem is that much of that new information -- blogs (yeah, I guess, just like this one), tweets, re-tweets, pins, status updates, and yes, Facebook posts of all kinds -- isn’t really adding much substantive new information to the world. It’s just adding more noise. Don’t get me wrong -- when my nephew David posts photos of his newborn on Facebook, that’s very substantive to me personally, but I wouldn’t expect you to care, much less search it out (although I have to admit my grand niece Mary Lucy is pretty adorable!). And honestly, the notion that Facebook’s Graph Search is going to enable some marketers to somehow attach a conversion opportunity to that is, well, creepier than everything else Facebook is doing with our personal social personas. But maybe that’s just me.

But here’s the really big part of the problem Facebook’s Graph Search will contribute to, which is taking our eyes -- and time -- away from what really matters, and adding more noise and distraction that we will just have to figure out a way of filtering through.

Last year, as part of a special issue of MEDIA magazine guest edited by Interpublic’s Brian Monahan, we interviewed Microsoft’s resident search guru Stefan Weitz. As director of search and director of search engine Bing, Weitz is one of the genuine experts on how people organize and filter information that is relevant to them. And here’s the really scary part about what Weitz told us: That only about 5% of the world’s information has been indexed and archived by search engines. One reason it’s scary, if you ask me, is that he even knows what that percentage is. The other reason it’s scary is that the portion that is not indexed and archived -- all the information in the real world -- isn’t static, and it’s expanding faster than search engines can keep up with it. In fact, I recently followed up with Weitz and asked him what has happened in the past year, and he said that unindexed portion of the world’s information -- something search gurus like him call “the Dark Web” -- has actually grown, not shrunk. The reason why, he said, was the statistic Facebook cited a year ago: The rapidly expanding information being generated by social media platforms that, until the launch of Graph Search, were largely not indexable by search engines. So get ready for every inane post, like, pin or tweet to come to a query results page near you soon.

real-time, search, social media
6 comments about "Why The 'Dark Web' Just Got A Little Darker (And Why You Should Care)".
Check to receive email when comments are posted.
Read more comments >
Next story loading