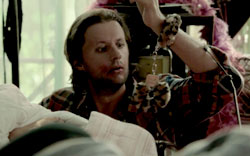 Many brands have decided to pony up $3.8 million for a 30-second spot in order to participate in the Super Bowl ad-spend game for the first time in 2013. Among those first-timers is Gildan, a wholesale company that produces tee shirts and other clothing basics. In an effort to debut on the national stage as a major contender for Hanes and Fruit of the Loom, Gildan enlisted advertising agency DeVito/Verdi to come up with the 30-second spot.

“We want our message to be heard, and the Super Bowl provides us an opportunity to shout it from the largest mountaintop,” says Rob Packard, vice president, marketing and merchandising, Gildan Branded Apparel.

Gildan hopes that the buy will make the brand a household name -- after all, its products are probably already in most homes.

“As we make a much bigger play into retail,” says Packard, “we hope that the millennial consumer makes a connection between the Gildan brand and the Gildan products that are already found in virtually every household.”

The teaser spot (which can be viewed here) shows a young man waking up with lipstick on his face and fluffy handcuffs on his wrist, and then asks, “how far will this guy go for his favorite t-shirt?”

Other first-time Super Bowl advertisers include Axe and Sodastream.