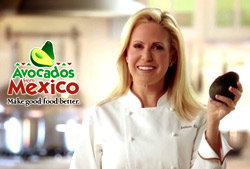 While football viewership has been declining, the National Retail Federation is predicting another record Super Bowl, with more than 179.1 million people expected to watch the Sunday, Feb. 3 matchup between the Baltimore Ravens and the San Francisco 49ers.

That’s the most ever in the nine-year history of its survey, and an increase from 172.5 million last year.

And on average, game watchers will spend $68.54 each, buying everything from guacamole and wings to team jerseys and new TVs. All told, Super Bowl spending is likely to reach $12.3 billion.

The survey, conducted by the NRF’s Retail Advertising and Marketing Association division, finds that 74% of watchers will buy food and beverages, 3.9 million households will buy new furniture, 7.5 million plan to buy decorations, and 17 million intend to buy team apparel. (That’s up from 14.8 million last year.) And 7.5 million families expect to buy a new TV, compared to 5.1 million last year.

And as always, Americans are viewing it as a social event: Nearly 60 million say they will go to a Super Bowl party, 39.4 million will host a party, and 10.1 million plan to watch the game at a bar or restaurant. And this year, 76.7% say they see the ads as part of the entertainment, an increase from last year’s 73%.

For some food marketers, it’s one of the biggest days of the year. Backed by extensive advertising and promotions, the Michoacán Association of Avocado Growers and Packer Exporters (APEAM) says it expects a record 79 million avocados to be scooped up during the big game, up from 71.4 million last year. (The APEAM also has big promotional plans for March Madness.)

And, of course, there are the wings: The National Chicken Council’s 2013 Wing Report says more than 1.23 billion wing portions are likely to be gnawed on this year. (That’s actually down by 1%, or 12.3 million wings, because the U.S. produced fewer birds.)

While last year’s match-up between the New England Patriots and the New York Giants was the most-watched television show in U.S. history (and the third straight Super Bowl to set viewing records), NFL ratings have been lower this year. Broadcasting & Cable says the NFL averaged just 44.9 million total viewers for its two conference championship games, a 16% fall from the prior year.

“Viewership across all of the league's broadcast partners (with the exception of NFL Network, which increased its game slate this year) has been down and that has continued for the playoffs,” it reports. “Wild card weekend viewership fell 2% and divisional weekend was off by 7%.”