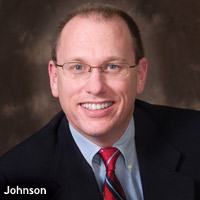 With the Super Bowl a week away, many marketers are unleashing teasers and promotions to get consumers excited about their spots. Advertisers like Mercedes-Benz and Volkswagen have released well-received teasers in anticipation of next Sunday. While consumers have an idea of what to expect from a handful of advertisers, the rest of the ad playing field is wide open. There is, however, a general consensus on what can be expected.

“[Consumers] should expect ads that play on nostalgia and that are creative that will lead consumers wanting more. They should expect ads to be longer this year with more companies doing 60- to-90-second ads,” says David E. Johnson, CEO of PR firm Strategic Vision. “Another thing they should expect is greater competition among advertisers to have the most creative ad, and also ads and ad strategies designed to have greater consumer participation.”

Social media will also play a bigger role than ever in the ads this year. With more brands recognizing the value in consumer interaction, commercials will be just one part of the campaign.

Since companies want to attract consumers to their social media properties, expect the spots to be longer than ever this year, despite the nearly $4 million price tag per half-minute. Also, expect the ads to be bawdier than ever.

Johnson agrees: “A major change this year is that more companies will have longer 60-second to 90-second ads compared to the past. A greater emphasis will be placed on a social media component. Also, companies will look to be slightly more risqué in some of their advertising.”