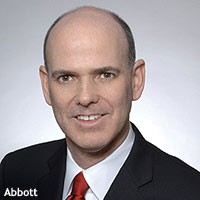 The company stated: "Upfront negotiations are nearly completed for both Hallmark Channel and Hallmark Movie Channel, reflecting the maintenance of strong relationships with a diverse group of high-quality, stable advertisers."

Bill Abbott, president/CEO of Crown Media Family Networks, said in an earnings call that total revenues for these deals are up 15% over the same period a year ago. Calendar-year upfront deals represent only 4% to 5% of the company's ad revenues.

The current 2013 scatter ad market for Hallmark Channel is showing big pricing gains -- 24% higher -- on the cost per thousand viewers (CPMs) over the upfront. Existing clients are paying increases in the single-digit percentage range.

During summer 2012, the major part of upfront deal-making for many broadcast and cable TV networks scored mid-single-digit percentage price hikes on CPMs versus 2011.

Fourth-quarter subscribers' fees for the company moved up 7% to $19 million, and 9% for the full year to $78 million. In the fourth quarter, ad revenues for the newer Hallmark Movie Channel rose 23% to $11 million.