Redefining The Meaning Of Housewarming With Yext 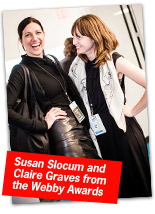 On March 5 I headed over to Yext’s housewarming party to celebrate their new digs, located in the area that I think is  one of New York City’s newly defined neighborhoods: NoMad, aka north of Madison Square Park.

A New York City housewarming party conjures up visions of potluck, a requisite cheese plate and a BYOB drink situation in a “cozy” apartment.   BUT Yext, IRL Productions and the PR firm Morris + King  have just officially raised the bar on what it takes to throw this kind of a party. . Here are the new ingredients for a stellar housewarming bash:

Location, Location, Location – Yext’s office space is 40,000 square feet to accommodate their 180+ and growing staff. Their office is huge, with nap rooms for employees (yes, please!), a candy station (sorry for depleting your supply of Sourpatch Kids!) and a cereal bar (Fruit Loops can make any work day better). 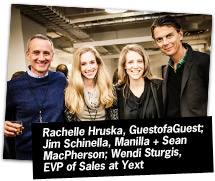 Ample Drinks & Famous Food – Not only did they have a fully stocked bar, plus local libations from the beloved Brooklyn Brewery and Red Hook Winery, they also provided a shot bar for the adventurous. 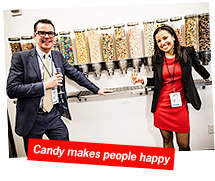 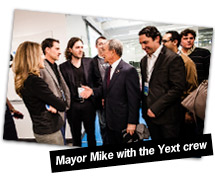 Surprise Appearances – No good party would be complete without a surprise appearance. ..and this was a good one.  Mayor Mike Blomberg was in the house to kick off the party and thank Yext for creating so many jobs in New York.

So after meeting some great internet peeps, learning about a cool local technology and noshing on some great food, I headed down the street to the National Arts Club for a whole other kind of shindig: a birthday party for Sharethrough's Dave Ford. This event also had the Internet's stamp of approval with none other than David Berkowitz in attendance.

It's a small world in Internet Land!