BuzzFeed Gets All DIY At The Thompson Hotel 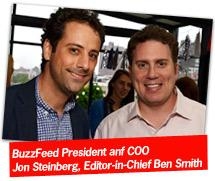 It all started last summer with 31 Insanely Easy And Clever DIY Projects (who knew there were so many uses for nail polish!), followed by 22 Things You’re Doing Wrong (life hacks to help you become the “highly advanced human you’ve always dreamed of being”). 15 million impressions later, BuzzFeed knew they were onto something with Peggy Wang’s do-it-yourself lists. 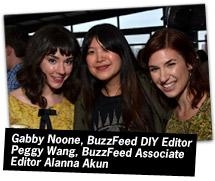 Peggy is one of BuzzFeed’s original editors, and is a smart young gal that I’m sure will be this generation’s Martha Stewart (with animated .gifs!) I hope we’ll be seeing a DIY cronut post from Peggy in the future, since I've yet to wake up at 5 a.m. to snag one of these delicious croissant + donut combinations. 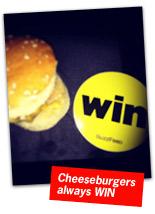 Last Thursday, I had the pleasure of meeting Peggy and attending the official launch party of BuzzFeed’s DIY channel at the Thompson Hotel in Manhattan’s Lower East Side. Even in the midst of a derecho (aka nightmare storm), this pop-culture publisher knows how to throw a good party. You can always count on them to turn out a crowd of beautiful, internet-loving people and this party was no exception. Attendees included Brett Bara, Sara Goldschadt, kyle mf williams, not to mention the good folks from HuffPost Home and Kollabora.

Like any good industry party, there was the requisite mini-cheeseburger platters, along with a project or two to keep attendees occupied, including a temporary tattoo station featuring Tattly tattoos (I <3 @swissmiss!) and an animated .gif photo booth to capture all of the memories. Oh, and we can't forget the booze. A Bud Light mix-a-rita station was serving up strawberry and lime margaritas that were surprisingly tasty!

Thanks, BuzzFeed, for launching yet one more addictive reason to visit your site.

Photo credits: Macey J. Foronda (except the cheeseburger shot, that was all me!)