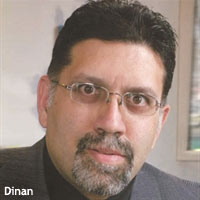 Reports, financial investments and company earnings confirm a growing change in human behavior to pick up a mobile device first before turning to desktops to conduct searches online.

Some 45% of consumers now reach for their mobile devices like smartphones and tablets first, while 49% use their PC as their primary media resource. Some 46% exclusively use mobile as their default and primary research tool, according to the 2013 Mobile Path-to-Purchase study from Telmetrics and xAd. Results compiled by Nielsen from an online survey of more than 2,000 U.S. smartphone and tablet users focus on the Banking and Finance, Gas and Convenience, Insurance, and Retail categories.

The study also demonstrates that 50% of all mobile users rely on their device at the beginning of the research process, with 1 in 3 indicating that they use their device throughout their entire purchase process.

Local remains the top driver for the mobile-search-first behavior. It turns out that 1 in 3 who use a smartphone and 1 in 4 using a tablet turn toward their device for contact information, such as a phone number, address or map and driving directions.

One-third of consumer beginning the search on a mobile device completed the conversion on a mobile device, according to Bill Dinan, Telmetrics president. He points to measuring attribution across devices to gain the metrics to -- capture the action such as click-to-call duration times.

"The duration of the phone call becomes much higher when calling from a click-to-call mobile ad vs. finding the information on a PC and then making the call from a landline phone or even mobile device," he said. "There's also a higher propensity for a consumer to make a purchase when calling a business after conducting a search on a mobile device, with conversion rates on average of more than 50%."

Conversions differ depending on the category and the mobile device. Andries de Villiers, VP of revenue at adMarketplace, told attendees at the MediaPost Search Insider Summit earlier in the week that online-only retailers tend to have higher conversion rates on tablets vs. smartphones. Michelle Evans, media director at Ruby Tuesday, also said 99% of consumers responding to text messages do so within the first four minutes of being received.

During Facebook's earnings call, CFO David Ebersman said that mobile continues to drive growth with 751 million people accessing Facebook from mobile devices in March, up 54% from last year, vs. 665 million on the traditional Web. The numbers do not include Instagram.