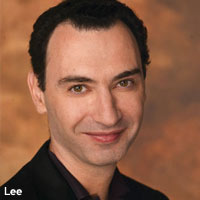 With a mixed broadcast 2012-2013 season now almost in the rear-view window, ABC will launch eight new fall shows for next season -- with a completely new Tuesday night.

One of ABC's biggest decisions will be to reduce "Dancing with the Stars" to just one night -- Monday night for two hours. Paul Lee, president of ABC Entertainment, says this was done to free up an entirely new lineup for Tuesday night.

Lee says the ABC brand remains very strong, as the No. 1 TV brand among 18-49 viewers in America. For the new season, Lee will focus on running 12 original episodes at a time that most shows are bridged by limited series.

Concerning ABC's potential growth, Lee adds: "We know these are very longtime jobs. .. You build these networks step by step." Looking at seasonal Nielsen results through May 7, ABC was down 8% to a 2.2 rating among 18-49 viewers for live program airings plus seven days of time-shifting data.

Tuesday will be an ambitious night -- two new comedies and two new dramas.

ABC's big effort comes with “Marvel’s Agents of S.H.I.E.L.D.”, a one-hour drama in which a small group of agents from the worldwide law-enforcement organization looks to protect the world. This show starts at 8 p.m.

“The Goldbergs” kick off at 9 p.m. featuring an 11-year-old who captures the crazy antics of his family. At 9:30 p.m. is “Trophy Wife," about an extended family where a man juggles a current wife, two ex-wives and stepchildren. Then at 10 p.m. comes “Lucky 7," about gas station employees who have been pooling efforts to win the lottery.

Why a whole new night? Lee says the network made this decision because of what it believes are strong shows -- particularly "S.H.I.E.L.D." and "Goldbergs" -- "shows that we are going to get behind and market."

Two new comedies will filter into ABC's strong Wednesday night -- "Back in the Game" at 8:30 p.m. and "Super Fun Night" at 9:30 p.m. "Game" is about a former woman softball player and her son who move back with her estranged father; "Super Fun" is about three girlfriends who have a standing night out every Friday.

On Thursday night, ABC is taking a spinoff of its strong "Once Upon A Time" on Sunday and starting up a new show -- "Once Upon A Time in Wonderland," set in Victorian England. A young Alice tells a tale of a strange new land that exists on the other side of a rabbit hole. It will air at 8 p.m., to be followed again by "Grey's Anatomy" and "Scandal."

"Betrayal," a courtroom/relationship drama, will be a new Sunday night drama at 10 p.m. as a limited series.

Some of the midseason shows include "Mixology," where one night at a bar takes place across an entire season of episodes. Other midseason starts include "Mind Games," about a former professor and a world-renowned expert in the field of human behavior, who has a checkered history due to bipolar disorder, and "The Quest," a reality adventure that takes 12 lucky contestants through fantasy-like competitions.