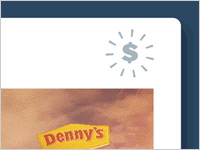 As in mobile, the native ad unit for the Web features a dollar sign icon in the upper right corner to distinguish it from other updates. Users will see no more than four sponsored posts per day. People will be able to reblog, like, follow and share the ads and brands directly from the dashboard.

The move comes a year after Tumblr introduced advertising in its Radar section, which highlights top and noteworthy posts in the right-hand column of pages. The company said today that sponsored posts in Radar have been reblogged or liked 10 million times since last May.

“The engagement rates on the Tumblr Radar and Sponsored Mobile Posts have been spectacular, and we have taken this same carefully architected approach to this new Web in-dash opportunity,” stated Lee Brown, global head of sales at Tumblr. Now it’s aiming for similar results with ads inserted into each users’ stream of posts.

The rollout of ads in the Web dashboard also comes just 10 days after Yahoo announced acquiring Tumblr for $1.1 billion. While the expansion of in-stream ads to the desktop feed was already in the works, Yahoo CEO Marissa Mayer has indicated the Web giant plans to increase advertising “in a very light load” in the dashboard as well as by working directly with individual bloggers on the site.

With its promise “not to screw up” Tumblr, Yahoo isn’t likely to flood users’ feeds with ads in the coming months. But with just $13 million in revenue last year, it also obviously sees the potential for the site hosting nearly 112 million blogs to ramp up ads sales significantly over time as it expands monetization efforts.

For its part, Tumblr said sponsored posts in the Web dashboard will continue to roll out over a beta period until the end of June 2013. For the first week, the premiere spots belong to Viacom, Ford Motor Company and Universal. In the following days days, those slots will go to Capital One, AT&T, Denny's and Purina.

The Denny’s ad featured an artsy animated gif of dusk falling over one of its outlets above the caption: “As the sun goes down, we’re still open.” Erik P. Jensen, director, advertising and merchandising for Denny’s said the restaurant chain uses Tumblr “to create the conversations that transform Denny's into the diner of the social networks. We are excited to be a launch partner for this innovative marketing offering."-