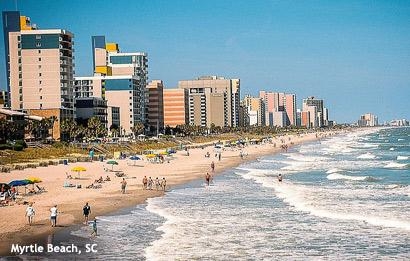 After the Myrtle Beach Chamber of Commerce built a mobile-optimized site to attract potential city visitors and support local businesses, about 30% of Web site traffic began flowing into the site from mobile devices.

Annual visitors generate $6.3 billion to the Myrtle Beach economy. The tools that help to build awareness by attracting visitors range from paid search to display and television ads.

Reaching out to specific audience groups, the Chamber of Commerce dedicates 60% of its marketing budget to digital advertising, with about half invested in Google's tools. Some of the investment goes toward contextual keyword targeting that creates awareness for the city and its businesses. Chamber of Commerce officials want to generate between 2 million and 3 million site visitors yearly -- up from about 1.5 million today.

Lead times have become an important factor in that campaign strategy. It means knowing the amount of time between searches, conversions such as booking a hotel room, and visiting the physical city. "We see site traffic from visitors about 60 days prior to the person's travel," said Susan Phillips, director of marketing for the Myrtle Beach Area Chamber of Commerce.

Aside from search, the marketing strategy includes running ads on Google's Display Network to reach new audiences. That means increasing awareness about the destination to drive one-third of its total site traffic. Driving new traffic could become costly, but the marketing team managed to reduce the cost-per-click on the Google Display Network by 33% compared with their average search CPC. Using display also improves branding efforts for the city's television ads.

The city also relies on television advertising. Some of those television or video ads are viewed on mobile devices, smartphones and tablets. About 34% of all TV content is viewed on a device other than a television set, according to the Television and Advertising Survey from Viamedia, a cable rep firm. Of that, 18% watch programming on their smartphone.

About 59% of Americans admit to the likelihood they will act on a commercial they watch, with 29% saying they are most likely to do so when watching on a computer, followed by 24% on a television, 24% with a smartphone, 21% on a tablet, and 4% with smart TV.

Television watchers in the Western region are 38% more likely to act on commercials seen on a computer, followed by the Midwest at 31%, the South at 27%, and the Northeast at 26%.