Digital Deals On Par With 2012, Value Up 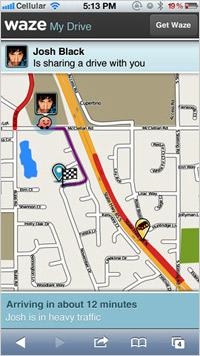 Deal activity in the local digital space in the first half of 2013 was in line with the year-earlier period, with mobile showing the highest growth. There were 144 local digital deals -- spanning M&A transactions and private equity investments -- totaling $7.2 billion in the first six months of the year, compared to 143 deals at $5.2 billion a year ago.

The findings come from the first of a new series of reports by local media research firm BIA/Kelsey tracking deals involving companies that have both digital and local components. That embraces small- to-medium-sized businesses focused on local markets as well as national brands targeting ad spending to local audiences.

These companies are either digitally focused or have some type of digital business across online, social media, mobile or audio/video technology. “The definition of digital here is pretty wide,” said Jed Williams, vice president, consulting, at BIA/Kelsey, which plans to issue its new Local Media Investment Watch report monthly.

With that in mind, the firm found that mobile was the only category to see a gain in both deal activity and total dollars in the first half of 2013, rising from 31 to 37 transactions and more than doubling the dollar amount to $1.8 billion from $703.5 million.

A major factor in the dollar total spike was Google’s recent $1.3 billion acquisition of popular crowdsourced traffic app Waze. Along with its own $1 billion-plus deal for Tumblr in May, Yahoo under CEO Marissa Mayer has snapped up a series of mobile startups, including Summly, Ghostbird and Qwiki.

Other areas were roughly on par with a year ago. Deals in the online sector dipped to 66 in the first half of 2013 from 72, although the total likewise doubled to $3.6 billion from $1.6 billion. In social, deals dropped from 32 to 30, with the dollar value declining to $1.64 million from 2.64 million a year ago. The prior year saw a couple of major deals in the social space with Salesforce buying Buddy Media and Oracle acquiring Vitrue.

Deals in the smaller audio/video segment rose to 11 from 8, but the dollar total dropped to $107 million from $209 million.

Williams said that while the $1 billion or more deals may be outliers -- like Salesforce’s $2.3 billion purchase of cloud marketing firm ExactTarget last month -- may be outliers, they signal the market’s vibrance. “While they’re anomalies, they are also are representative of the robustness of the local digital space,” he said.