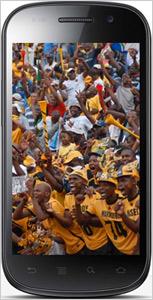 Stringwire is actually the product of one young man, Phil Groman, who developed the service during his graduate studies at New York University’s Interactive Telecommunications Program.

“Groman built Stringwire on his own, but we will provide him additional developer support going forward,” Vivian Schiller, SVP and chief digital officer at NBC News, said Monday.

In true “aqui-hire” form, Groman will be joining NBC News, where as product lead he will be helping the Comcast unit develop its real-time mobile video strategy.

Stringwire was developed by Groman as a service for news organizations to solicit video from a network of smartphone-wielding “verified contributors.” For breaking news and stories that have a real-time visual component, Stringwire's services provide the ability to recruit and direct contributors, based on geographical location through Twitter, and to instantly access live footage.

As for advertising, Schiller said: “Various monetization opportunities will be evaluated as we work on deploying the product over the next several months.”

What about the risks of encouraging people to put themselves in harm's way to capture news footage and then live-streaming potentially graphic or offensive footage?

“All live-streamed video will go through NBC News editors before it is seen by the public, so we will make sure that all footage is vetted,” Schiller said on Monday.

“We will always advise Stringwire users to make safe decisions and to not put themselves in harm’s way,” Schiller explained. “No picture is worth a risk to safety.”