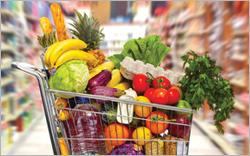 It always seemed to me that supermarkets had a golden opportunity in the smartphone space to energize loyalty cards and couponing with the right apps. I have to say that the early iterations of these branded store apps were underwhelming virtual circulars. And even as some of them have evolved, users are trying them out while wishing for a lot more. According to a survey reported at last week’s Shopper Market Expo and conducted by Match ShopLab and Novartis Consumer Health, 20% of the primary household shoppers asked have downloaded an app for their store. The key driver for almost all (80%) is using them for coupons, and a majority (57%) use them to find offers. The report was covered at Supermarket News.

The majority of supermarket app users are 24 to 44 with one to three children in the house and above average income and education.

Interestingly, the chief complaint cited against these grocery shopper apps is speed. The survey found 48% saying the apps are too slow. But almost a third (28%) also say the apps are too time-consuming. This has been my experience. The apps require far too much product digging. Most of the grocery store apps I have used have not solved for the sheer number of available products. Even entering the loyalty card number can be a hassle.

Users said that the features they would most like to see in these apps are more rewards offers, automated coupon loading, more personalized offers and price comparison functions.

Hear, hear. When a marketer has to manage such a large pile of potential SKUs, personalization should be the most obvious way of cutting through the clutter. It seems to me that grocery stores are among those commercial entities enjoying elevated trust with their consumers. These are stores we visit several times a week. There are benefits of personalization here, doing things like pre-populating shopping lists with regular items and reminders of items you haven’t purchased recently, and burying items you have not purchased lately and likely won’t again.

In addition to streamlining the shopping process, grocery apps have a great opportunity to add value with the user’s own shopping data. Why shouldn’t these apps maintain a record of your food purchasing habits and even be able to report back to you patterns that could be both educational and money-saving? Why not help shoppers understand how much they are paying for different categories of items, what their real food budget is each month, and where they might be able to save money? Apps give a grocery merchant an opportunity to become an advisor.

But the big disconnect for grocery stores right now is just letting shoppers know they have an app presence. Among the consumers who had never used a supermarket app, 71% said they didn't even know there was one, while 24% said they didn't download one because they were not convinced of its value. Few retail categories have the shopper's attention for so long so often than supermarkets. They should be inviting shoppers to engage in this ongoing and mutually beneficial conversation by both perfecting and promoting their apps.