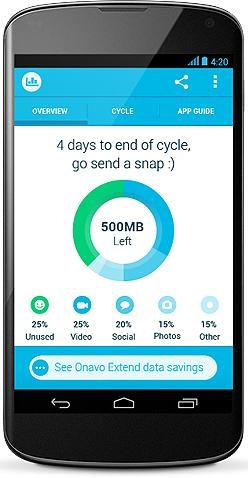 Facebook announced Monday morning the purchase of Israeli mobile data company Onavo. The company designs tools for users and developers to help them optimize their use of data in apps.

Onavo co-founder and CEO Guy Rosen described his three-year-old company at the site in announcing the acquisition. “Three years ago, we started Onavo with the goal of helping today’s technology consumers and companies work more efficiently in a mobile world. We developed the award-winning Onavo mobile utility apps, and later launched Onavo Insights, the first mobile market intelligence service based on real engagement data. Our service helps people save money through more efficient use of data, and also helps developers, large and small, design better experiences for people.”

Onavo aligns with another Facebook/Mark Zuckerberg project, Internet.org, which aims to bring Internet access to the 5 billion people estimated worldwide who remain un-connected to the Web. Rosen goes on to explain: “We’re excited to join their team, and hope to play a critical role in reaching one of Internet.org’s most significant goals -- using data more efficiently, so that more people around the world can connect and share. When the transaction closes, we plan to continue running the Onavo mobile utility apps as a standalone brand.”

Facebook has been courting mobile app developers on a number of fronts in the past year. Its in-stream app ads have proven very effective in driving downloads. With Onavo’s tools the social network can help developers craft data-efficient apps that may have special appeal to emerging markets where bandwidth is sparse or expensive.