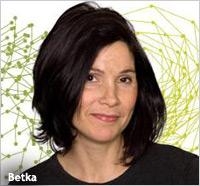 The first thing Wikia Inc. wants the world to know is that it has no commercial or managerial ties to Wikipedia or the Wikimedia Foundation. (They do share a founder in Jimmy Wales and the user-edited and -curated approach to online content.)

The site draws 61 million monthly visitors globally (18.5 million in the U.S.), according to comScore. Wikia is also expanding its mobile offerings and this year has added advertisers, including Best Buy, Taco Bell, and Unilever’s Axe brand. Online Media Daily recently caught up with Jennifer Betka, senior vice president, marketing at Wikia, when she was in town for New York Comic Con, to discuss developments at the company.

OMD: Is confusion with or association with Wikipedia still a hurdle for Wikia when it comes to working with brands or agencies?

Betka: We have wanted to be able to walk into a room and say Wikia, without then saying, “Do you know Wikipedia?” It’s been a hard crutch to alleviate, but now we’re at a point where we’re actually standing on our own. We’re in this universe of fandom and represent 300,000 fan communities, and we’ve built on the heritage that we’ve taken from Wikipedia … but we don’t use that as the opening salvo any more.

OMD: How do you position Wikia when you’re pitching it as an advertising platform, since it seems to cross over social networking, publishing and content marketing?

Betka: Last year, Nielsen named us a top 10 social network among Twitter and Facebook and Pinterest. But we’re not classically social, we’re much more of a deep engagement environment. We are collaborative, which is social. We embrace aspects of being social, but we recognize we’re also very much part of the editorial landscape because our content is accurate and dynamic and serves as a resource.

OMD: How are helping companies work more directly with Wikia communities related to their brands?

Betka: One program we’ve introduced in the last year is an Official Community program. If there’s a community about your brand, you can officially endorse it. There is some level of advertising commitment that goes hand in hand with becoming part of fan programs.

OMD: Can you explain what the Wikia Lab is?

Betka: The Lab is a virtual project forum. We greenlight projects that brands want to put into the Lab. It could be anything from producing a body of content, or project to create box cover art. Most of the stuff we put into the Lab is private -- long lead stuff. Game developers can actually get brands involved in development of brands a year in advance. The Official Communities and the Lab are structured ways for us to facilitate brands and fans coming together. They are nice wrappers to our advertising as they amplify the value of their ad campaigns on our platform.

OMD: The traditional advertising on Wikia is pretty aggressive. A single page can have a branded skin, a billboard ad, autoplay video and toolbar-type at the bottom. Are you worried about the user experience or looking cheesy?

OMD: Every online publisher is dealing with growing mobile use. How is Wikia responding to that trend?

Betka: We’re working hard to serve the more than 30% of our users on the mobile side. We have a core app called My Wikia, where users can access all the communities in a nice Flipboard-like environment. There’s no [user] editing yet in mobile. We also introduced a games guide app that takes the 50,000 game communities and assembles it into an easy-to-use guide to reference and bookmark tips, cheats, and walk-throughs that gamers want to have on iPhone or Android. We’ve done TV and games, and we’re thinking about music next.

OMD: What about mobile advertising?

Betka: We have interstitials, standard in-body ad units. Within the custom mobile experiences, we have custom ad units we’ll be rolling out.

OMD: What will Wikia’s overall ad revenue will look like this year?

Betka: I can’t say in terms of numbers, but we’ve grown 100% year-over-year in terms of our direct revenue business, and we continue to see that trajectory going into the end of this year.