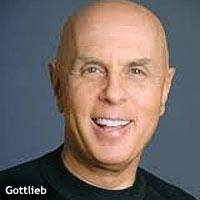 As marketers and retailers barrel into the annual toy-shopping slugfest, industry experts say the proliferation of mobile technology is changing the world of play in ways no one quite expected. The NPD Group, for example reports that 79% of parents with kids between 2 and 14 say their offspring own a mobile device, whether it's a cell phone, smartphone, or a tablet. And 51% are using smart devices. And while parents are keenly aware of how much time kids spend with screens, they're less aware of what it means for traditional toys. Richard Gottlieb, publisher of Global Toy News, thinks that the mobile component will be this year’s wild card in the toy business. Marketing Daily gets a play update:

A: I believe that for the first time in history, we have more supply of play than we have demand. And play includes anything from video games to apps to traditional toys. I don't think we know how many dollars will go to apps this year. And many of them are free. So that is the wild card. How many dollars will they absorb? And whose hide will come out of?

<pQ: Are we at some kind of digital tipping point?

A:There is a realization that there is just a limited amount of time for kids to play. There is school, homework, and organized play. And then there is play in between those things, so kids play in the backseat, or while sitting at McDonald's. That lends itself to digital. So tablets are exploding now and will continue to be important. A lot of dollars will go into hardware and software. And again, we just don't know how much that will take away from traditional toys and video games.

Q: How are those traditional competitors doing?

A: The three major players in the toy industry, Lego, Hasbro, and Mattel, are doing pretty well. Hasbro has flagged for the last two years, but it seems to be getting its house back in order. Mattel still has a lot of strength with its brands, although it is struggling with Barbie. And of course, Lego has had eight straight years of growth. But having said that, the toy industry is never up or down very much each year.

Q: Is there a toy that will be this year’s Tickle Me Elmo?

A: Rainbow Loom. It’s not advertised, but it’s the hottest thing going. It's getting banned in schools, it’s so popular.

Q: Are there online shopping trends that are important?

A: As more Millennials have kids, online is becoming more important. They don't like to drive. They do much more research and shopping online. Toys R Us is a natural portal, because of its large selection. But for price, many are going to Amazon, and that’s got Walmart worried.

Q: How else are Gen Y parents different?

A: It's a generation that expects things for free, and apps are very appealing to them. I expect the app market to keep growing, and I think that will hurt the toy industry especially at the lower end, the stocking stuffers. If you can get an app for $2, suddenly that $5 bag of dinosaurs doesn’t look so appealing.

Q: So you think digital play will win over traditional play?

A: Well, they all compete for the consumer dollar. But they really compete for time. And I don't think we know how much time traditional play has lost to digital play. It's very 20th century to look at the toy industry with its many silos. I think it will look very different in a few years, evolving into a more seamless digital industry.