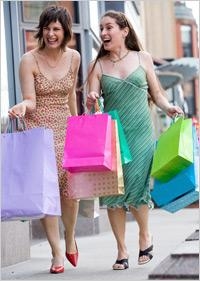 Consumers influenced by Web media who complete the purchase in a store will rise from $1.2 trillion in 2012 to $1.8 trillion by 2017, making cross-channel campaigns more important. Web media will influence more than half of retail sales by 2017.

Media will impact the purchase, spurred on by mobile device Internet connections, per Forrester research, but analyst Sucharita Mulpuru believes brands and retailers could do more to provide contextual support for shoppers. They should enable self-service options for shoppers and store associates to use mobile devices to help sell to shoppers, citing Apple as a successful example.

The Forrester report U.S. Cross-Channel Retail Forecast, 2012 to 2017, estimates that more than 150 million U.S. consumers will become regular mobile Internet users by the end of 2013, increasing the amount of time they spend online. Investments in cross-channel strategies, such as emailing receipts and synchronizing inventory across channels will become critical to support brick-and-mortar sales.

Four categories will drive the majority of cross-channel sales, generating about $1.1 trillion of the $1.8 trillion in cross-channel sales by 2017. These include grocery, apparel and accessories, home improvement and consumer electronics. The ability for consumers to receive mobile coupons or read customer reviews about items will have the most influence on the largest amount of categories because the largest number of Web stores already have begun to support them.

Interestingly, the categories with the lowest online sales are the ones that see the greatest levels of online research and vice versa. Consumers in virtually all categories touch the Web during some part of their purchase journey, but it makes sense that Web sales tend to become strongest in categories where consumers don't need to touch the products or have them immediately.