How Search Marketers Should Optimize Images For Social Sites, Sharing 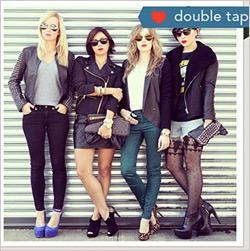 Some search marketers made a decision earlier this year to pay more attention to social media and how it augments search engine marketing. Good thing. It hones in on the psychology of what fits where on a landing page, and how certain colors, shapes and sizes attract a click. Curalate next week will release findings on the factors driving likes and shares on Instagram.

Using propriety algorithms and more than 30 features including background ratio, dominant color, and lightness and saturation, Curalate believes it knows what it takes for consumers to share content -- specifically on Instagram. It analyzed more than eight million images and found that the ones that perform best have plenty of texture and background space. The findings also identify blue as the dominant color.

In fact, images with texture -- such as someone wearing a tweed coat over a striped shirt -- generate 78% more likes than those with just a little. Lightness generates 24% more likes compared with dark images.

Images with blue as the dominant color generate 24% more likes compared with predominantly red images on Instagram. The more a single hue dominates an image, the more likes it receives. About 40% of the images with a single hue receive the most likes, but not many have one hue.

Dark images minimize sharing and likes, along with images with just a bit of background space. About 70% of Instagram images have between zero and 20% background space, although the most successful have 90%, according to the findings.

About 65% of Instagram images garner between zero and 10 likes, according to Apu Gupta, Curalate CEO. Optimizing the content by making small tweaks will allow brands to connect visually with consumers.

Join us at the Search Insider Summit in Deer Valley, Utah, Dec. 8-11, 2013 -- and learn more from a variety of experts, including Facebook, on how social augments search engine marketing.