For Stores, Unilever and Kellogg Are Rising Stars 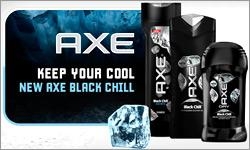 For CPG marketers, success is always found (or lost) in the crowded aisles of a local store, and retailers say that brands from Unilever and Kellogg are on the rise. And for their part, marketers say that Walmart and Target are still the most effective retail partners, with Costco and Amazon coming on strong.

That's based on the new Kantar PoweRanking, an annual study that benchmarks how well leading marketers perform for retailers, and vice versa. It ranks more than 500 companies on everything from digital and shopper marketing to social media and leveraging consumer insights. The rankings are composites, based on two years of rolling results.

Procter & Gamble came in No. 1 again this year, earning the highest marks for “clearest company strategy.” And Unilever moved into second place, powered by its flexibility in meeting retailer needs and improvement in its strategic alignments. It also scored highest on “best combination of growth and profitability.” And its shopper marketing programs ranked No. 1 overall, besting P&G.

Kellogg, which rose to No. 7, is the only company with sales of less than $10 billion to crack the top 10.

Marketing executives also ranked their counterparts at retailers on the same measures. Walmart and Target again came in first and second place, followed by Kroger, Costco, Publix, Wegmans, HEB, Amazon, Safeway and Walgreens. But when the rankings are calculated on just the most recent year, Costco jumps past Kroger to No. 3, and Amazon gallops into fifth place.

And while Wegman’s is the only retailer with revenues of less than $10 billion to crack the top 10, Trader Joe's, Family Dollar, and Hy-Vee all scored in the top 25.

Kantar says the rapid changes in retail have forced both groups of execs to be more open-minded than ever. “In a world of increasing eCommerce, brick-and-mortar retailers have never been more open than today in collaborating to build better shopping experiences,” the report says, with test-and-learn strategies ranging from “pack and assortment options usually reserved for “other channels to meal solution centers to full aisle reinventions.”