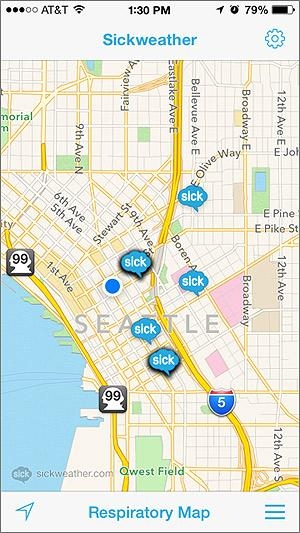 I have data coming out my ears. We spent this week holding the OMMA RTB Roadshows in both Chicago and Seattle, and the air was thick with discussion of better targeting, real-time bidding and insights, whether and when publishers will put more high-quality inventory into the ecosystem, and then the task of measuring all of that beyond the click. Fine. Data is the fuel that drives this massive machine.

But as much as data is a game-changer for ad targeting, I think an even bigger opportunity is in harnessing it as service media for consumers. We have already seen how crowdsourcing traffic built a novel kind of data coup in Waze. Of course, the fitness apps are demonstrating to many users this notion of a quantified self -- personal improvement through persistent, measured feedback of your own actions. But I think this is only the beginning of consumer-facing products that leverage the massive data that for the most part we see as ad-targeting tools for now.

To wit. A company called Sickweather just released an app that can alert you when you are entering an area with specific ailments and illnesses. The iOS app sends health alerts based on sickness signals that people reveal on their social networks. When people post comments that they have a flu, a fever, that their allergies are bothering them today or a whole host of other ailments, Sickweather catalogs and categorizes the signal into a finite group of buckets. It says it is already qualifying 600,000 illness reports a month.

The app itself uses GPS, alerting and geofencing to ping you when you are entering a zone with any range of highly reported illnesses, from flu to whooping cough. The app allows you to personalize the experience by toggling on alerts for specific conditions.

The company tells me it will monetize this in both expected and unexpected ways. In much the same way that the weather media already targets sick zones, Sickweather will be able to target remedy ads into the areas most in need. They have already been beta testing this on their Web site, and it will appear in version 2.0 of the app. But CEO Graham Dodge also tells me they will be reaching beyond the usual over-the-counter remedy suspects. “We will eventually target ads based on the app user's location to serve sponsored map markers for nearby healthcare clinics and hospitals, of which advertisers are already lining up,” he says.

The really interesting thing here, of course, is the way in which data is being harnessed to bring consumers greater insight about their immediate circumstances as mobility makes all of the data cast off by users -- whether via their social networks or just passive sensors in wearable computers -- location-aware. The potential here is enormous for serving consumers in many meaningful ways.

David Verklin coined the idea that data is the new media. He was talking about data from the media buyer's perspective. But now we are seeing data more literally turned into media -- new kinds of content that empowers users with information they can use.