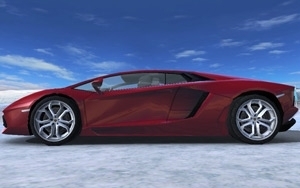 Remember when “branded games” were a signal for any respectable player to run for the hills? I was there.

I remember seeing logos and mascots slapped onto tired and sub-par game engines and whose only claim on our time was that they were free. Complaining about the woeful state of advergaming was itself a tiresome, futile exercise. Neither the advertisers or the white label-game platforms much cared whether the games were any good. Both parties could always point to time-spent metrics that were multiples higher than engagement with an ad or a pre-roll. It took that long for most people to figure out this game was a waste of time.

Mobile and its freemium business models may have permanently changed the game on branded games. Free gets you a lot in this space, as even the most sophisticated apps often allow liberal play time before demanding an upgrade. There is not a lot of room for cynical advergaming crap here. And so the fact that Volkswagen actually has a successful sequel to its Sports Car Challenge is remarkable enough. According to a report in Mobile Entertainment, VW's racing game recently exceeded 1 million downloads after about ten weeks in market. User response is none too shabby. The game is getting a 4-star rating from players in the iOS app store.

The game must be good -- because I can't play it. the graphics are superb, approaching console-quality use of advanced reflections and shading. The game gives players entry into the world of supercars, not just the VW line. Lamborghini, Porsche, Bentley and Audi lines are all in here. And I will be damned if I can drive them. That is not a slam on the game. It may be a complement. I am not sure. My driving prowess in video games is so pathetic, my incompetence in keeping these cars in their lane may well indicate just how realistic and sensitive the controls are.  I have never made it through more than a few hours of any Grand Theft Auto title simply because I find the driving so frustrating.

Regardless, VW claims that the game is not just a branding exercise. It has led to five million digital test drives of cars, a million Web site visits and 25,000 dealership inquiries. I have to admit I am not sure how they are measuring some of these performance metrics, since the app itself is so light on promotion that there isn't even a dealer locator or site link. VW Group China, which made the game along with developer partners Proelios and Deep Silver Labs, took a very lean-back approach to this. You can barely find the branding in this game.

"Sports Car Challenge 2" has big shoes to fill. Its first iteration was downloaded 12 million times. VW has been an early leader in mobile. Years ago it used the mobile platform as the exclusive marketing channel for a new car launch in its initial stages. They were among the first to deploy their own iPad magazine. And their Audi group in particular has been out front in tests of things like AR-enhanced digital brochures.

Branded gaming is one of those digital marketing trends that seem to come and go. VW is showing how an advertiser can leverage their own coolest assets in a game and actually establish a content franchise.