Unlike The Game, No One Ad Was A Runaway 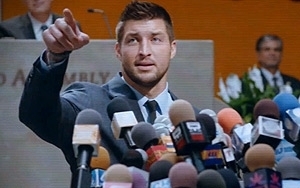 While the buzz barometers and tweet tallyers are still working to measure how well ads resonated with viewers, the Super Bowl ended without any huge hits.

Yes, lots of people loved T-Mobile casting Tim Tebow as its enthusiastic spokesperson, or the way Cheerios’ adorable Gracie negotiated herself a new puppy. And based on early readings, says Steve McKee, president of McKee Wallwork & Co., the Albuquerque, N.M.-based ad agency that has been organizing Adbowl since 2002, consumers’ favorite is likely to be Budweiser’s “Puppy Love,” which chronicles the unlikely love story between horse and dog.

“But on the whole, the ads were underwhelming,” Kat Gordon, founder of the 3% Conference, tells Marketing Daily. “I felt like there was a shortage of ideas. It seemed like everyone is trying to make a blockbuster or a film, instead of just a good ad.”

“What was surprising to me was that some really good advertisers turned in poor efforts,” McKee tells Marketing Daily. “Doritos was a fail -- poor executions of mediocre ideas.”

But he thought Audi’s ad featuring the doberhuahua was impressive: “It was the prototypical Super Bowl ad -- engaging and funny and relevant.”

He also adds that this year’s crop included some top-notch casting, especially Tebow in T-Mobile’s ads. “The two even sound like they go together, and everyone knows Tebow doesn't have a contract. So this was a great fit, strategically.”

Of course, the game itself did little to help the ads. While most experts had predicted a fairly even match-up, the Seattle Seahawks were decisively kicking Bronco butt from the opening drive, and the second half of the game was a boring blowout. So even though Bud’s Puppy Love spot was very  popular in pre-game viewing, the placement -- near the two minute warning -- was unfortunate. “By then, the tuneout factor was really high,” McKee says.

Still, the ad did well enough to earn it the No. 1 spot in USA Today’s Ad Meter.

The game got good marks from observers for being more family-friendly and less raunchy, right down to the Bruno Mars halftime show and opera singer Renee Fleming singing the national anthem. And Gordon, also the founder and creative director at Maternal Instinct, says she was encouraged to see more ads linking to charities. “And I loved the Chevrolet ad about cancer survivors.”

This year, the 3% Conference hosted its first bicoastal Super Bowl Tweetup, with female creatives reacting in real-time to the spots as they aired.

In terms of the way ads portrayed women, Gordon says the group was impressed that GoDaddy’s shifting strategy shows it “understands the way women are driving the small-business economy. And it was really cool to see Hyundai’s focus on a father, saving his kid from accidents. That’s a way to appeal to women without even using women, by focusing on the importance of good fathering.”

But a major flop, she says, was SodaStream’s spot starring Scarlett Johansson, saucily sucking on a straw in an attempt to make the spot viral. “It’s embarrassing that an ad agency sold that, and thought it was the best way to get viewers’ attention.”

creative, super bowl, tv
2 comments about "Unlike The Game, No One Ad Was A Runaway".
Check to receive email when comments are posted.
Read more comments >
Next story loading