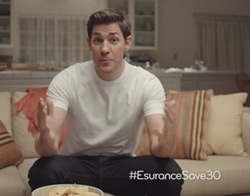 With precious few interactive callouts and even fewer mobile calls to action in last night’s Super Bowl advertising and programming, many mobile agency executives were left wondering this morning if brands missed a great opportunity to truly engage customers at this year’s big game.

Happy as he was that hometown team Seattle Seahawks wiped the faux turf with the Denver Broncos, mobile vet and Mobivity CMO Jeff Hasen did his annual watch on mobile activations. But he had little to tweet about. “advertisers came to entertain, not engage,” he wrote. The second screen and willingness to act on mobile were totally ignored.”

Longtime Mogreet head and now CMO at Payvia James Citron noted that a Chevrolet prompt for MVP voting using text was about the only SMS call to action of the night.

Indeed, most hashtags were fleeting and perfunctory on the few ads on which they appeared. Advertisers appeared to be focusing on big-picture branding and maintaining the fidelity of the TV creative rather than direct marketing or engagements. The most notable exception came, ironically, as a self-referential post-game ad from esurance. Using spokesperson John Krasinski, the ad touted its own savings of 30% by advertising after the game and then invited viewers to tweet #esuranceSave30 to enter a contest to win the $1.5 million the brand saved with the ad.

Overall, however, the esurance ad stands out for its singular use of the second screen from the first.

Digital Strategy Lead for Sapient Dan Israel tells Mobile Marketing Daily, “I felt like this was such a squandered opportunity. Forget the brands. Why didn't FoxSports or better yet, the NFL, run a persistent banner that encouraged people to engage in a second-screen experience? See the different angles? Get facts on various players? Or for brands like Budweiser, why not let everyone who engages in a second screen [program to] help raise money for Wounded Warrior? The more people that do it in real-time, the more money raised. So many missed chances to do more with mobility. Long live inertia.”

The Fox Sports Go iPad app was dedicated solely to streaming the main TV feed of the game for authenticated users. The app had no complementary second-screen content of any kind.

Ansible CEO Angela Steele gave credit to Bud Light for “using every tactic imaginable -- Shazam here, paid tweets there, Vine somewhere in between.  Though I have to say I have no idea how it all fit together. Seemed random and scattered.”

Shazam itself may have had some of the most focused second-screen programming of any app we encountered. When it detected the TV audio stream, the app switched into Super Bowl mode with a running timeline of game, music and ad events. Each new ad was available immediately for review, and every music act or even ad background music was ready to purchase.

Steele added that Radio Shack’s self-deprecatory ad mocking its own outdated stores may have been the biggest miss for mobile. “Great, relevant commercial making fun of themselves. ‘The 80’s called and wants its store back.’ Struck a chord and got me excited to see the new store. So why didn’t they ask me to check it out on my phone? Why wasn’t there some sort of mobile preview of the in-store experience? Mobile is the bridge to retail. Huge miss.”

Coca-Cola’s “America Is Beautiful” celebration of diversity with its multilingual rendition of “America” directed viewers to share their stories at #AmericaisBeautiful. But nativist sentiment went to war with the ad for its use of non-English lyrics, and a Coke boycott theme quickly emerged on the tag. A tug of war ensued, with tweets supporting the sentiment of the ad.

But when reviewing the full breadth of campaigns across media last night, mobile may not have missed out in the end. Many advertisers appeared to rely on the expectation that people were already monitoring the game on a second screen, and so perhaps they focused on intercepting them there. The big winner last night may have been Twitter and promoted Tweets. At some points we saw them coming into the #SuperBowl stream at three or more every ten minutes. Tide, Bud Light, Newcastle Ale and a number of other TV advertisers ensured that their ads were echoed in the Twitter stream. Honda actually teased its upcoming ad during the game with previews of Bruce Willis foreshadowing the ad’s “hug” theme. Axe bought the #KissforPeace trending hashtag so that it was top of mind long before the associated ad ran during the game.

In its monitoring of over 25 million tweets to the #SB48 and #SuperBowl tags, ExactTarget reported this morning that the esurance ad generated over 1.2 million tweets. Coca-Cola and Doritos attracted the most Twitter mentions and non-advertiser JC Penney went viral with its #TweetingwithMittens posts with deliberate typos.