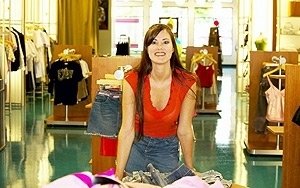 Thanks to a strengthening economy and a more solid employment outlook, consumers are stepping up their spending, leading the National Retail Federation to predict that retail sales will increase 4.1% this year. That compares to a preliminary gain of 3.7% in 2013. And the trade group is forecasting that online sales will climb between 9% and 12%, about the same pace as this year.

“We are optimistic that 2014 will be better,” NRF President and CEO Matthew Shay says in a conference call, “primarily because there will be less volatility. We think we will see continued measured improvement in the economy, and that is going to put retailers and their customers in a good place.”

NRF Chief Economist Jack Kleinhenz adds that lower energy prices and an improving housing market will continue to help, as will the improving employment picture. “There will be job growth, and more jobs means more income, and more spending.” Unemployment is likely to decline to 6.5% by the end of the year.

He says he expects the increase in real GDP to be between 2.6 and 3%, “a noticeable improvement from the estimated 1.9% rate for 2013.” That would be the fastest pace in the last three years.

NRF’s forecast does not include sales of automobiles, at gas stations, and in restaurants.

Meanwhile, a new survey just released by Accenture reports that even as online shopping continues to grow, consumers are planning to spend more in physical stores. In fact, 21% of U.S. shoppers intend to increase in-store purchasing, compared with 9% last year.

But that doesn’t mean they like the stores they plan to shop in: Some 40% of those surveyed say retailers need to improve the in-store shopping. Only16% said that about online shopping.

“The survey results indicate that retailers have an opportunity to increase in-store sales but only if they make the experience worthwhile for consumers,” the company says in its release. “Consumers are looking for the conveniences of shopping online, such as information on product availability, to be available in-store.”

The survey, which was based on 750 adults, found that 19% are using “click and collect” services (such as buying an item online and then traveling to a store to collect it), up from 12% in the prior year; 14% are also buying products in stores, but then having the product shipped to their home.

Some 78% had previewed an item online, then traveled to store to purchase it. And some 72% had “showroomed,” viewing an item in a store, then buying it online.