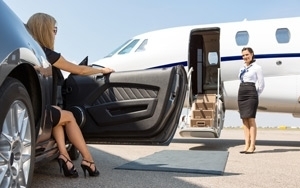 The very wealthy, the merely affluent, and people who are millionaires -- those with a million dollars in assets but who could theoretically fall into any group when it comes household income -- share at least one quality with the hoi polloi: they favor experience over things. Especially if that experience means travel.

The January Shullman Luxury, Affluence and Wealth Pulse says, for example, that pleasure travel is on the schedule for 90% of adults making $250,000 to half a million per year, and those making more than half a million or more, and for 85% of consumers who fall into the millionaire bracket -- households with assets of a million dollars, regardless of income. Sixty percent of the general population has the same plan. Only when travel is defined as a "luxury vacation" do the numbers tighten up: 44% of the most affluent, and 32% of the $250,000-household club and millionaires say they plan such a trip. Twelve percent of the general population plans a luxury trip.

In the study, the numbers for physical discretionary purchases are lower than for (non-luxury) pleasure travel. Sixty-eight percent of those making half a million or more; 76% of those making a quarter million to half a million; 55% of millionaires; and 34% of everyone plan to buy "one or more luxuries."

For example, one of the personal hood-ornaments of wealth, high-end watches, is not on shopping lists, per the survey. Only 5% of consumers in $250,000-per-year plan to get a nice bit of wrist bling; only 10% of millionaires want to buy a nice watch; and 13% of the half-million club plan to buy a watch costing $500 or more.

No surprise for some of the other results in areas Shullman included in its monthly poll: the affluent and well-provided-for (though a million doesn't buy what it used to) over-index for fine wine, with over a third of the very affluent and about a quarter of the other two well-endowed categories saying they plan these purchases versus only 7% of the general population.

But there is also a big gap when it comes to far more affordable premium beer and ales, many of which one can purchase these days at corner hipster bars. Only 9% of the overall population plans to buy these premium brews, per the study, versus 16% of millionaires and 20% and 22% of those households making $250,000 per year and $500,000 per year, respectively.

And if you visit Macy's you can guess the next spend trend among the wealthy from the demographic shifts you see as you ascend the old escalators at the Herald Square flagship: the first and second floors at the famed retailer are packed both with luxury fragrance, apparel and accessory brands and with shoppers sporting them. Other purchases that trend with the affluent are jewelry costing $500 or more (also on the first two floors at Macy's), luxury vehicles, and buying or leasing a luxury car vehicle, and premium liquors.

The study finds that millionaires are more optimistic than are high-income consumers, with one in six saying they see sunshine this year, although the three upscale segments are more optimistic about the economy than the general population, with 56% of people with household incomes over $250,000 and over $500,000 saying the economy is doing better today and 52% of millionaires saying so.

But the higher the income bracket, the less likely are households to spend in the next 12 months than in the last. Only 30% of households making over $500,000 per year said they will spend more in the next dozen months. That's versus 37% of the general population and 35% of both millionaires and those making between $250,000 and half a million.

"Elegant woman stepping out of car parked in front of private plane" photo from Shutterstock.