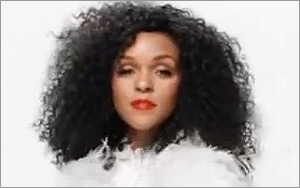 News about Lupita Nyong’o’s speech at Essence magazine's seventh annual Women in Hollywood luncheon last week has traveled way beyond the filmic tabloids. That’s because the “12 Years a Slave” star’s speech for best breakout performance was not the usual “I’d like to thank” recitation list. It was about skin, and how she had always dreamed she would wake up one day to find hers a few shades lighter.

Michelle Ebanks, president of Essence Communications, Inc., tells Marketing Daily that Nyong’o’s speech about looks informs larger issues that African-American women have about their identity. Unfortunately, and despite Nyong’o’s star turn in the Oscar-nominated film, those feelings are only inflamed by media, including advertising. “Real, authentic beauty is something we don’t often see,” she says.

A study last fall by Essence magazine and the New York office of global strategic marketing agency Added Value demonstrates that African-American women think marketers are misrepresenting them: they see marketers as either going to a set of (mostly) denigrating stereotypes, or deliberately choosing lighter-skinned, mixed-ethnicity models to serve as avatars for what marketers think “African American” means, or should mean.

The study also found that African-American women want to see more positive typologies in media and advertising, and they show high engagement with those channels and brands that supply them (the study gives ABC’s "Scandal" as one positive example).

Based on a survey of 1,200 white and African-American women, the study identified 12 dominant media typologies with names like “Mean Girl,” “Angry Black Woman,” “Gold Digger,” and “Black Jezebel” (a lascivious-woman stereotype.) Participants in the study made a point to call out music videos as having the worst track record of disseminating negative imagery, closely followed by social media and reality TV. “These are overall psychographic typologies that are not reflective of our audience or ourselves,” says Ebanks. “Yet, again and again, these stereotypes are played out in media and in advertising.”

Stephen Palacios, EVP of Added Value, tells Marketing Daily that advertising is full of these images. "They popped up throughout advertising; some insurance brands traded off of the funny black woman extreme characterization, for example." He says the study established three parameter flashpoints around physical representation of African American women in ads: hair, which is often not represented in its natural form; body curves and body type; and skin hue. "There was widespread belief and examples of the light-skin black woman becoming the representative of African American women in mainstream advertising,” he says. “And there is a huge controversy around this, and advertisers sometimes do this quite intentionally."

Apparel brand H&M raised hackles around these image issues when it used Beyoncé for bathing suit ads and altered her curves to make them less pronounced. Beyoncé herself was among the displeased. "Here's an example of how an advertiser will choose a light-skinned black woman and adjust her body type,” says Palacios. “And there are all kinds of examples of how darker-skinned black women are not chosen as spokespeople.” Palacios says that as part of the publication of the study, they revealed it to the advertising community “as principles to consider if they want to appeal to their African American female constituency."

He says Pantene is a brand example of "doing it right" -- they were credited for showing real hair, a variety of women who are dark-skinned and light-skinned because "we come in all colors, shapes and sizes," as one respondent put it.

Ebanks says nine typologies emerged as more aspirational images, and are also more aligned with how black women see themselves: Real beauty; girl next door (reflecting the fact that African-American women have a much more diverse social circle than non-African-American women); funny women; modern matriarch; community heroine; young phenom (gymnast Gabrielle Douglas, for example); and the individualist (composer/singer Genelle Monet) are examples. “These new typologies are what audiences are hungry for,” she says. “They are realistic and aspirational. But [study subjects] saw the negative typologies far more frequently; the more authentic typologies far less.”

Palacios says the study involved three communities of African-American women and men. For one week they kept diaries of their on- and off-line media usage; during the second week they received targeted questions to stimulate their search for images and topics. "We asked them to focus on certain kinds of issues, topics and questions and do exercises," says Palacios. "We took findings around dominant typologies of images in media for African-Americans and quantified the extent to which they are represented general media and what kind of impact they have emotionally."