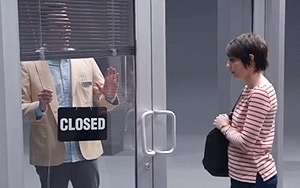 TD Bank is launching the next iteration of its 'Bank Human, Again' marketing campaign to emphasize that the “conveniences” TD Bank offers are based on simple human truths such as: “No one likes to wait” and “Sometimes you need a real person.”

In order to bring these truths to light in the most authentic way possible, TD Bank's new campaign features improv theater actors.

Tierney handled the development of the media creative titled, "Human Truths," which includes four new television commercial ads. The TV effort will be supported by a digital buy that begins on April 14 and runs for eight weeks.

"TD Bank's focus is to create a very human and convenient banking experience," said Vinoo Vijay, chief marketing officer, TD Bank. "These new commercial spots speak to the pain points consumers too often face with their banks. They also highlight how TD's approach to banking is different. This includes our unparalleled service and convenience, as well as our customer-first culture."

The TV campaign runs through mid-August in markets that host more than 1,300 TD Bank branches. Spots will appear across all key dayparts with a particular focus on prime time between 8 p.m. and 11 p.m. on ABC, NBC, CBS and Fox, and during shows like "Glee," "Shark Tank" and "The Voice."

In addition, placements in early morning and prime-time programs will complement TD Bank’s “Open Early, Open Late” hours. The four spots, as well as outtakes, can be found on TD Bank's YouTube channel and a custom campaign microsite.

"Our strategic approach for the content is to provide engaging and interactive experiences via Social Media through Human Truth outtakes and shareable social content," says one TD Bank executive. As such, the commercial outtakes, known as "Social Series," will live exclusively on its Facebook, Twitter and YouTube pages.

The bank is also introducing teaser photography via its social-media channels that includes images from the set and language from the commercials and will integrate outtakes through various polls and interactive campaigns, such as asking people: “What is your human truth?”

TD Bank executives report that the first wave of the 'Bank Human' campaign delivered more than 1 billion TV impressions in 2013, raised brand awareness by nine percentage points at campaign peak and drove about 17 percent of the growth in new accounts in New York.