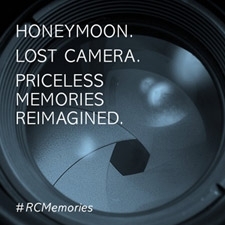 According to literary legend, Ernest Hemingway was once challenged to write a short story in only six words. His apocryphal response: "For sale, baby shoes, never worn.” Now, The Ritz-Carlton is rolling out an updated version of that challenge for today's digital world.

Developed with Team One, "Six Word Wows" is designed to encourage guests of the luxury brand to share their own memories and stories in six words.

"Like many luxury brands, The Ritz-Carlton is very careful of its image and as these stories are an important part of the brand culture, the feeling was that they should be told in full and as accurately as possibly," says Nick Teare, group account director, Team One.

"The Six Word Wows show a new confidence in the brand to not only move these stories out front, but to present them in such a unique way, with the goal being for consumers to want to read further and get the full story," he says.

"Given the right opportunity/channel," says Teare. "We would not hesitate to expand these to Russian, Japanese, Turkish, German, Spanish, Hebrew or any of the other languages for which we create messaging," says Teare.

Behind each Six Word Wow is an original guest story that can be discovered through visiting a collection of guest Memories from Around the World.

The campaign expands upon ads The Ritz-Carlton and Team One originally introduced in 2011 with the theme “Let us stay with you" and will evolve around the power of memories.

"The initial step was to make them consumer-facing, which was done in the first phase of the campaign and was something The Ritz-Carlton was reluctant to do, even though they have always been an important part of The Ritz-Carlton culture," says Teare.

Indeed, the decision by The Ritz-Carlton to place the campaign exclusively across social channels illustrates the brand’s preference to  involve its guests with its messaging, he says.

Team One has worked with The Ritz-Carlton since 2004.
ad campaign, agency, hotels, social media
Next story loading