Nissan Rolls Out Campaign For Titan, Hints At Hauler 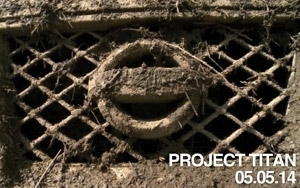 In 2012 Nissan tried something with its 370Z sports car by crowdsourcing a one-off, limited design with bespoke performance and exterior and accessories.

The automaker is reprising the program, but at the opposite end of the vehicle spectrum: Nissan is launching a crowdsourcing project to promote the Titan pickup truck.

Nissan is also about to show the 2015 version of either the Titan or the Frontier mid-size pickup. They aren’t saying which. However, the Franklin, Tenn., U.S. marketing arm of the automaker has tweeted a shot of a wrapped vehicle, hinting that it will show the truck on its Web site on Wednesday. There’s also this heritage video detailing the 80 years or so of Nissan pickups. The automaker put the video on its YouTube channel on June 2. Word is the next-gen Titan will be shown in New York next year.

As for the social media campaign, the automaker is inviting fans to vote at its Titan Facebook page, Facebook.com/NissanTrucks, where they can choose from a list of custom modifications for a 2014 version of the truck. The customizations will include engine modifications, utility swaps, and design changes, all of which will be open for submission over the next few weeks. Nissan will build the project truck based on fan feedback to design choices.

Wounded Warrior Project veterans David Guzman and Kevin McMahon will use the truck to take an adventure through the Alaskan outback this summer.

A custom content aspect of the campaign involves video documenting the design and building of the bespoke truck, and then the veterans' off-roading jaunt in Alaska. For the latter, Nissan will document their trip and produce a YouTube series launching in September, per a release. The videos will live on Nissan's YouTube channel. The documentary film will also tout the pickup's cargo and hauling capacity as the two Wounded Warrior vets will be towing outdoor equipment.

Although its total sales across its vehicle range were up, Nissan -- competing with the truck in a segment that is almost completely dominated by the Detroit three -- sold 1,166 Titans in the U.S. last month, down nearly 17% versus the month last year. Year-to-date sales were down about 28%. Toyota -- which had its best May in years -- did better with its Tundra, selling 11,391 of the pickups for a 14.5% increase.