What's Up, Doc? Whole Foods Puts Rabbit Back On Table 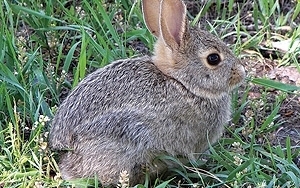 As Americans increase their appetite for locally sourced and sustainable protein, more and more rabbits are scampering into the stew pot. Whole Foods Markets has announced recently that it’s stocking bunnies in the butcher case.

“Our customers have long been asking us to sell rabbit,” the Austin, Tex.-based food retailer says in its release. “But first, we needed to ensure the  rabbit we sold would be consistent with Whole Foods Markets’ high animal welfare standards. It was important to us to provide rabbits that were raised in better conditions than what the industry offered.”

The news doesn’t surprise Melissa Abbott, director of culinary insights at the Hartman Group, a Bellevue, Wash.-based market research company, who says rabbits have been showing up with greater frequency on the menus of high-end restaurants. “In progressive food cities, we saw a big increase in restaurants serving rabbit on Easter Sunday. That suggests that the countercuisine culture, which drives many trends in food, is potentially preparing the masses for the fact that rabbit can be tasty and super sustainable. More progressive consumers are shifting away from the holy trinity of beef, pork and chicken and towards more sustainable and nuanced flavored proteins.”

In certain cultures -- especially French, Italian and Spanish -- as well as much of rural America, rabbit has never gone out of fashion. But most of the country stopped eating rabbit regularly after the end of World War II. For the last several years, however, foodies, environmentalists and 4H enthusiasts have all showed a renewed interest: Chefs are serving everything from traditional ragus to miso-cured saddle to chicken-fried rabbit.

The fine-grained meat isn’t gamey, bunnies are relatively disease free, and because it can be raised for little money and without grain, proponents are promoting it as a protein source in developing countries.

“Rabbits, despite their fluffy adorableness, are incredibly sustainable, when compared to cows and pigs,” says Abbott, “and they procreate like, well, rabbits.”

Whole Foods says its standards take into account the critter’s friendly nature, and “we require group pens … with plenty of dry bedding, additional places to hide and climb, and room to forage, groom, hop, socialize and play.”

Not surprisingly, some rabbit fans are disapproving. The House Rabbit Society and change.org have a petition going, which has already gathered some 6,000 signatures, and Saveabunny.org, a rabbit rescue group,  is also mounting a signature campaign.