Levi's CEO Goes Social: 'I Do So Wash My Pants' 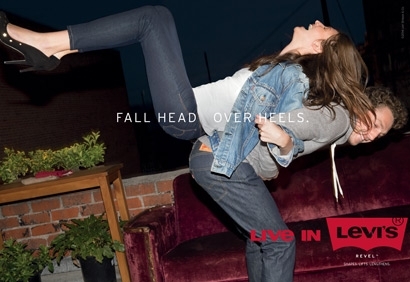 It isn’t every day that a CEO has to take to social media to defend his personal hygiene habits. But in a bid to explain Levi’s connection to complex sustainability issues, Levi Strauss & Co. chief Chip Bergh has posted a Dirty Jeans Manifesto on Linked In, elaborating about how often he launders his britches.

Back in May, Bergh told the crowd at Fortune’s Brainstorm Green conference that the year-old pants he was wearing that day “hadn’t seen the inside of a washing machine.” Most coverage of his speech, though, said he “doesn’t wash his pants.”

So Bergh, who says he hopes to elevate the conversation about how to care for denim to address water issues around the globe, sets the record straight: He does wash his blue jeans, both spot cleaning and by hand-washing them in cold water. “Ask my wife – I really do!”

“My point at the conference … was to challenge the mindset that we need to throw everything into the washing machine after one or two wearings. I made this provocative statement because I believe strongly in what our brands stand for: quality, durability and lasting products made sustainably. I also said it because I believe we don’t need to wash jeans as often as most people think we do.”

Bergh, who concedes that most CEOs wouldn’t speak at a conference in jeans at all, let alone dirty ones, also points out that these were his best pair, not the ones he wears for soccer in the park. He goes on to explain the company’s lifecycle assessment of a pair of jeans, and the 2007 discovery that an average pair of jeans consumes roughly 3,500 liters of water in the first two years, with 1,600 liters coming from laundry. (Back in 2011, it created the Water<Less line, which reduces the amount of water used in manufacturing by up to 96%.) Growing cotton accounts for 48% of water consumption, leading Levi Strauss & Co. to partner with the Better Cotton Initiative, along with such brands as Ikea, Marks & Spencer, and the World Wildlife Fund.

Bergh’s comments were directed at the consumers whose habits account for 46% of what dungarees drink. (Each pair of Levi’s comes with a Care Tag for the Planet, which urges them to be more thoughtful about how often they wash clothes.)

With Americans owning an average of seven denim items, and wearing blue jeans four days a week, according to Cotton Inc., an industry trade group, sustainability is increasingly becoming a selling point for brands. H&M, for example, which has long made sustainability a key part of its brand platform, even launched a line of denim made from recycled donated items. And some of the jeans sold by the Gap carry tags with instructions like, “Do more, wash less.”

Most jeans brands, though, are struggling at the moment. Last week, Levi Strauss announced that its second-quarter results continued to feel the pressure of American shoppers looking for bargains, with net income tumbling 76% to $11 million, from $48 million in the prior year, and revenues falling 2% to $1.08 billion, from $1.09 billion in the same period last year. “While we are encouraged by business improvements in Europe and Asia, ongoing traffic declines and an increasingly promotional environment continue to pressure our Americas region,” Bergh says in its earnings release. “We will continue to focus on what’s within our control. We have a strong second half plan in place, including the launch of the new Levi’s advertising campaign that brings to life the consumer insight that ‘you wear jeans, you “Live in Levi’s.”’