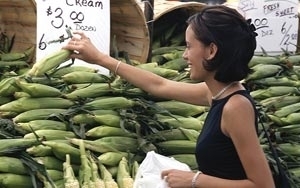 Major brands know they need to more effectively target Hispanic consumers, who now wield more than $1 trillion in purchasing power and account for 12% of consumer packaged goods purchases. But a new report from IRI says that many are still using cookie-cutter plans and strategies, in large part due to inaccurate metrics.

The report, also presented as a webinar by Joy Joseph, IRI’s marketing productivity practice leader, and Andy Hasselwander, a VP at the Latinum Network, says some of the confusion is simply due to how quickly the segment is growing. The 50.5 million Hispanics in the U.S. translates to one in six people—a 43% increase from 2000. And with 70% of them under the age of 40, the nuances of generational segmentation are even more important than many marketers realize.

Brands can also be off base in their understanding of heritage (67% of U.S. Hispanics are Mexican, 10% Puerto Rican, and 4% each from Salvador and Cuba), as well as their assessment of where their target audiences fall on the acculturation scale. Some 11% of Hispanics in the U.S. are what IRI describes as “mostly acculturated,” with no tension between the two cultures, and 28% are what it calls American Latino, with very little tension. The New Latino category, about 21%, experience a medium amount of tension between the two worlds.

That means the majority of Hispanics move between the two cultures with ease and regularity: While 52% of all Hispanics primarily speak Spanish at home, only 39% say they do so when they leave the house. About half are comfortable speaking Spanish in social situations. And the less acculturated they are, the more likely they are to be big consumers of Spanish-language media.

There are also decided differences in the places they prefer to shop, with Hispanics significantly more likely to shop at supercenters, such as Walmart or Target, than the general population  (74% vs. 61%); dollar stores (56% vs. 30%) and warehouse clubs (33% vs. 23%.) And overall, they are much less likely to regard shopping as an enjoyable activity (26% vs. 34%.)

And while they are less likely to buy online, that preference shifts with growing levels of acculturation. And interestingly, the report says that when they do shop online, they prefer to do so at English language sites.