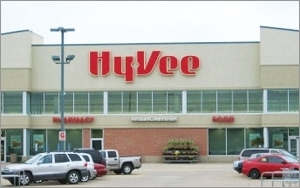 Despite declining traffic and spending, most Americans say traditional grocery stores are still their preferred brand. A new report from Harris Poll EquiTrend says that Midwesterners named Hy-Vee their favorite store, while Southerners went for Publix, and shoppers in the Northeast prefer Wegmans. Only one region—the West—named a non-traditional chain as the leading brand, in selecting warehouse club Costco as its top preference.

The survey, based on nearly 42,000 respondents, measures the equity in 1,500 brands, across 170 categories, ranking consumers’ familiarity with the brand, as well as their assessment of quality and purchase consideration.

“It’s not a popularity contest,” Michael Treboni, EVP of retail professional services at Nielsen, tells Marketing Daily. “The highest familiarity does not always result in the leading score. Leading with quality and driving purchase consideration often pays off with positive brand equity.”

Hy-Vee won, for example, despite its lower scores in familiarity. The brand has made its mark by connecting with its shoppers: “They have strong feelings for the brand and believe it's a good fit for them," says the company in its report. Other brands scoring well in the Midwest include Meijer, Giant Eagle, Kroger, Whole Foods Market, Trader Joe's, and Walmart.

Wegmans rose to the top in the competitive Northeast, despite its small footprint of just 80 stores, because its shoppers give it such high marks for quality, “making them a regional David among national brand Goliaths,” it says. Trader Joe's, Whole Foods Market, ShopRite, Hannaford Bros., and BJ's Wholesale Club also performed well.

Southerners’ love for Publix, with stores from Florida to Texas to Maryland, seems fueled by conviction about its high-quality offerings, and a high level of brand advocacy. Other brands that outperformed in the region are Walmart, H-E-B, Trader Joe's, Harris Teeter, Whole Foods Market, and Kroger.

Out West, Costco is the biggest favorite, and in this case, familiarity is the primary driver. Additional brands to rank above the category average in the West Region include Trader Joe's, Whole Foods Market, Safeway and Stater Bros. Markets.

Trader Joe's and Whole Foods Markets are the only national brands to rank above average in all four regions.