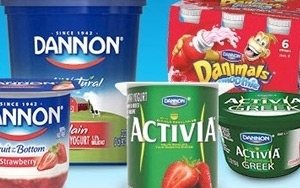 The Dannon Company has inked a multi-year deal to be the official yogurt sponsor of the National Football League, starting in 2015.

The terms were not revealed, and no specific marketing programs have been announced yet, but Dannon said it will use the platform to promote yogurt — and, of course, its Activia, Danimals, Light & Fit and Oikos brands — as healthy and ”fun" choices.

"We want to make yogurt more fun and more engaging because eating yogurt every day can help improve the quality of our diets, and sponsoring the NFL brings that to a whole new level,” said Sergio Fuster, CMO of The Dannon Company, in announcing the sponsorship.

Dannon's relationship with the NFL began in 2012, when Dannon Oikos made history by becoming the first yogurt to advertise in the Super Bowl. The brand also aired a Super Bowl ad in 2014.

Renie Anderson, NFL SVP of sponsorship and partnership management, said that "Dannon's values align perfectly" with the NFL's Play 60 campaign. Partners in that initiative, which aims to encourage kids to be active for 60 minutes a day in order to help reverse the childhood obesity crisis, include The National Dairy Council, Procter & Gamble,  Gatorade, The Ad Council and the American Heart Association, among others.