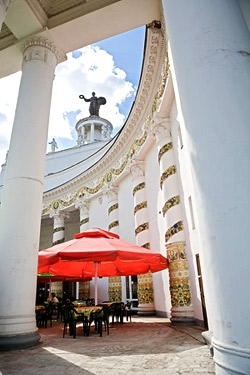 vel in the first quarter of 2014 than during fourth-quarter 2013, according to the U.S. Bureau of Economic Analysis, which compiles statistics on personal consumption for the government.

A malaise is threatening the high-end luxury travel market as well, according to a report from Unity Marketing.

Tapping six years of market research data, “The Luxury Travel Report: The Ultimate Guide to Winning the Hearts and Dollars of Today's Affluent Traveler” tracks luxury travel trends since 2008. It finds that at the end of 2013, the market was heading toward its lowest point recorded during the recession in 2009.

The report studies the spending habits and preferences of high-net-worth (HNW), ultra-affluents (2%) and high-earners-not-rich-yet (HENRY) individuals.

"Travel and hospitality marketers are facing many marketing challenges -- global unrest, a rapidly expanding range of competitive luxury travel offerings and new internet-powered disruptive competitors -- not the least of which is a new values-oriented consumer mindset," says Pam Danziger, president of Unity Marketing and lead researcher in the new study.

Marketers can use the research-based insights in this study to get a clearer understanding of the competitive landscape and emotional makeup of today's moneyed traveler, she adds.

While the affluent travelers have recovered financially from the recession, they learned new ways of cost-effective shopping. As a result, affluents have entered a new “season of austerity,” characterized by frugality, economy and thrift.

Research shows they are trading down on experiences that are not as important (i.e., fly coach to their destination), in favor of indulging on those experiences that mean the most to them (i.e., staying in five-star luxury once they arrive).

"Travel marketers can thrive in this 'season of austerity' if they deliver on the specialized needs and desires of the discerning luxury travelers and give them the most bang for their travel 'bucks,'” Danziger says. “That doesn't mean charging less, but giving them more. Many different companies studied in the report found success without resorting to discounts."

Unity Marketing surveys luxury consumers every three months about their travel experiences, spending, attitudes and brand preferences. Affluent luxury consumers are defined by high-income (top 20% based upon income starting at about $100,000) and purchases of one of any 21 different categories of high-end/luxury good or services, including luxury travel.