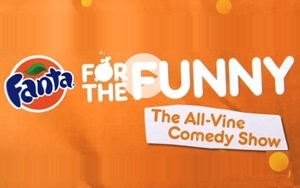 A new Fanta-sponsored comedy series consisting entirely of edited-together six-second Vines appears to be achieving its goal of engaging teens.

The first episode of "Fanta for the Funny," launched Aug. 15, pulled more than 270,000 views on CollegeHumor.com and YouTube in its first week, reports the brand. In addition, a promotional Vine for the series generated 437,000 loops.

Fanta and creative agency 360i worked with young Vine users to co-create the series.

Three teens who collectively have millions of followers on Vine (Jason Mendez, Alli Cattt and Mighty Duck) were recruited to create some of the content and help engage their peers. They're using their social channels as well as Fanta's to encourage teens to share the episodes and submit their own Vines (using the hashtag #FantaForTheFunny) for possible inclusion in future episodes.

In the first three days of the campaign, fans submitted 50 Vines, according to the brand.

The first two episodes in the series are between five and six minutes in length. The Vine segments offer comic vignettes and observations on popular teen topics like dating, sports and music. The branding is fairly subtle, appearing at the start and in between the segments, rather than in the segments themselves.

New episodes will be released each Friday for six weeks, through Sept. 19.

The campaign "unites teens around their shared desire for fame and their shared passion for humor, while allowing them to be themselves and to connect their way,” said Racquel Mason, AVP Fanta and Flavors, in a statement.

The series is also being promoted with advertising on major digital and social networks. Starcom MediaVest Group handled the media buy.

The seven-figure campaign is a major investment for the brand, which spent slightly over a half-million dollars on measured media last year, according to Kantar Media data cited by Advertising Age.