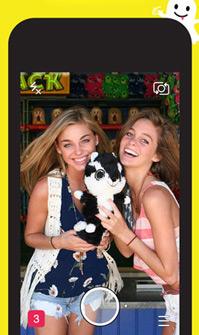 Snapchat is said to be rounding up more capital at a valuation of $10 billion, but Alibaba Group Holding appears to be out of the mix. In its place, Kleiner Perkins is reportedly placing a big bet on Snapchat. The highly visible venture capital firm has already committed upwards of $20 million to the messaging service, according to multiplereports.

Snapchat representatives did not return requests for comment, on Wednesday.

Some notable investors have said they expect the anonymous social networking trend to be short-lived. Yet, the numbers tell a different story.

Beating out its social rivals, Snapchat experienced the highest growth in time spent, in July, with total minutes up 114% year-over-year -- from 2.6 billion to 5.5 billion minutes -- according to a recent note from JPMorgan, citing comScore data. (To put those numbers into perspective, Facebook saw its time spend rise from 137 billion to 178 billion minutes, during the same period.)

Some industry watchers say Snapchat’s popularity is bad news for advertisers, because it represents a turn toward personal privacy and digital anonymity.

Snapchat, however, has every intention of making its network a friendly place for brands. Among other efforts, the company is reportedly developing a new service, dubbed Snapchat Discovery, which will “show content and ads to Snapchat users,” The Wall Street Journal reported earlier this month. Sources told WSJ to expect Discovery to debut by November.

Upon its launch in July, agencies and social media pros said they saw dollar signs in the new feature. “For brands, while it's still a fairly shallow way to engage with the program … the opportunity to position a logo on snaps taking place at a retail or event location is of course an attractive prospect,” said Grace Gordon, strategy director at social agency We Are Social.

Many on Madison Avenue have been happy to experiment with Snapchat. Following Taco Bell’s lead, McDonald's joined the service earlier this year, while Heineken recently relied on Snapchat to connect with festival goers at Coachella.

For a while, vanishing pictures helped Snapchat stand out in a messaging market dominated by giants like Facebook and Apple. Yet, the company has been pushing into other areas, such as live-event coverage and more mainstream mobile messaging services.

For example, the company recently hitched its “Our Story” feature to FIFA’s World Cup final. The service’s entire community was given access to a stream of curated content created by those lucky enough to attend the big game between Argentina and Germany.

Snapchat debuted “Stories” late last year -- a feature that lets users save and share photos for up to 24 hours. Adding a collaborative component to the service, the start-up more recently unveiled “Our Story,” so people at the same events can combine their own “snaps” into a single “story.”