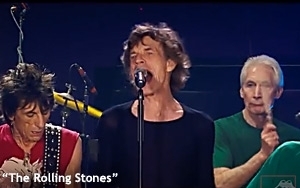 Speaking Monday to senior music industry executives at the British Phonographic Industry AGM, Culture Secretary Sajid Javid told the audience he had warned Internet search engines that the government could introduce legislation that takes a tough stance on indexing, linking and sending searchers to Web sites participating in copyright infringement.

Javid said he and Business Secretary Vince Cable wrote to Google, Microsoft and Yahoo asking the engines to work toward putting a stop to search results that send people to illegal sites. If no real progress is make, the British government will look to put legislation in place, per reports. If established, migration of the law from Britain to the United States will likely follow.

The digital age -- including search engines -- has created new threats for copyright holders. During the keynote, Javid pointed to stats from Ofcom citing that one quarter last year nearly 200 million music tracks were consumed illegally, and another 100 million games, films, books and TV programs were pirated.

Between March and May 2013, 9% of U.K. Internet users age 12 and older -- or 26% of those who consumed music online -- downloaded or streamed at least one music track illegally, per a report prepared for Ofcom by Kantar Media.

About 70% of music consumers said they had consumed at least some tracks for free during the previous three months, December 2012 through February 2013; 49% consumed all of it for free. By contrast, nearly 30% said they had paid for all of their online music. Those who consumed any music illegally online were more likely to be male, at 60%; and under 35, the figure was 75%. The report prepared by Kantar provided specifics about demographics, frequency, and other interesting insights.

In an effort to stop copyright infringement, Creative Content UK, a £3.5 million (about $5.8 million) campaign backed by the government, will launch in the coming months in an effort to persuade consumers in the United Kingdom to use only legal download sites. The campaign will include education awareness and advice to consumers if accounts are thought to access material that infringes copyrights.